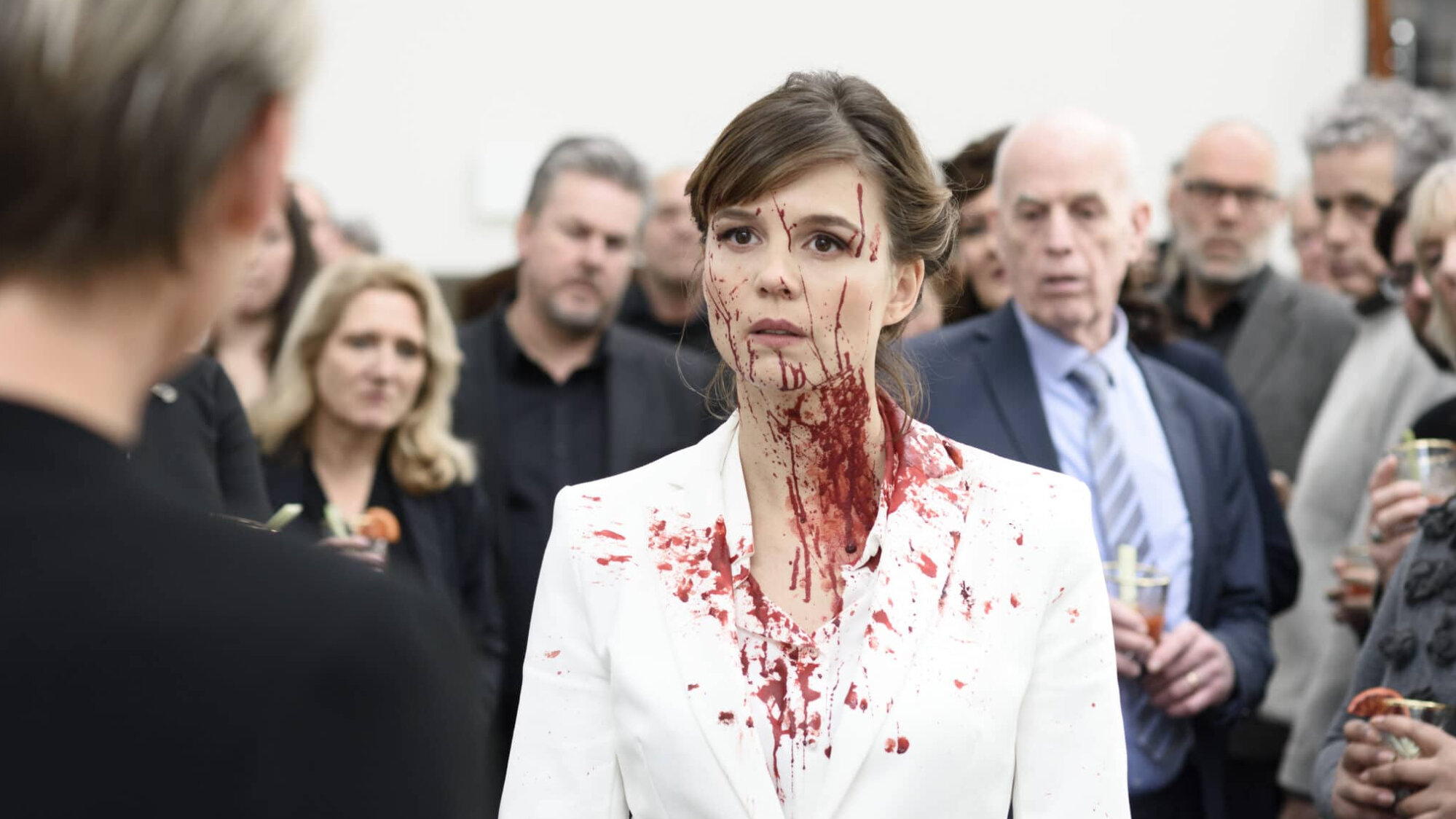 Femke Boot (Katja Herbers), an outspoken and successful writer a popular Dutch newspaper, is coming under increasing attack from a legion of online, exclusively male trolls. When she discovers that one of them is her inconsiderate neighbour, Femke snaps and begins hunting her online tormentors in a deadly rampage.

In a free society, how do we limit the right to speak? Should an individual be allowed to shout ‘fire’ in a crowded cinema? Should people be free to say whatever they please about individuals in the public eye? Is harmful or offensive language protected by the principle of free speech? Are lies? Never have these questions felt more relevant at a time when social media is capable of mobilising extreme groups to insurrection, while phoney culture wars and conspiracy theories have the potential to radicalise millions. Director Ivo van Aart uses this febrile context as a base for his The Columnist, a black comedy which while consistently entertaining in its gleeful, revenge-horror style violence, sadly is not half as satirical or as clever as it thinks it is.

The film is stylishly mounted, striking a pleasing balance between newsroom realism and a deadpan sense of framing and editing that keep the reality of its violence at a satiric distance. As the film’s murderer-in-chief, Herbers is terrific. Her eyes have an intensity simmering behind her puppy-dog gaze, fed by years of abuse and slander from internet ignoramuses, erupting in the numerous moments when she has had enough. It’s certainly hard not to empathise with Femke: with trolls accusing her of paedophilia, threatening to kill and rape her, who would blame anyone for dreaming of the day when such bullies meet their comeuppance? Indeed, her first kill – an obnoxious neighbour who Femke discovers has been harassing her – is played for laughs.

It’s a smart way of bringing us into Femke’s perspective – not dissimilar to the many relatable aggravations that beset Michael Douglas in the first act of Falling Down. By the final act, however, The Columnist’s limitations are difficult to ignore. Her relationship with horror author Steven Dood (Bram van der Kelen) is somewhat of a mixed bag – Steven himself is entirely believable as a partner who loves and challenges her in equal measure, but his being a writer of violence acts set against Femke’s real-life murders feels both contrived and under-explored.

Meanwhile, the film’s metamorphosis from cathartic black comedy to satiric examination of free speech feels clunky and misjudged, leading to a mawkish and somewhat predictable denouement, not helped by some very on-the-nose climactic cross-cutting between Femke’s stalking of her penultimate victim and her daughter’s school speech espousing the virtues of unruly expression. That climactic sequence neatly summarises The Columnist’s virtues and its vices: fun, violent and cathartic, but with an air of arch self-satisfaction that misses the complexity of the debate it constructs around itself.