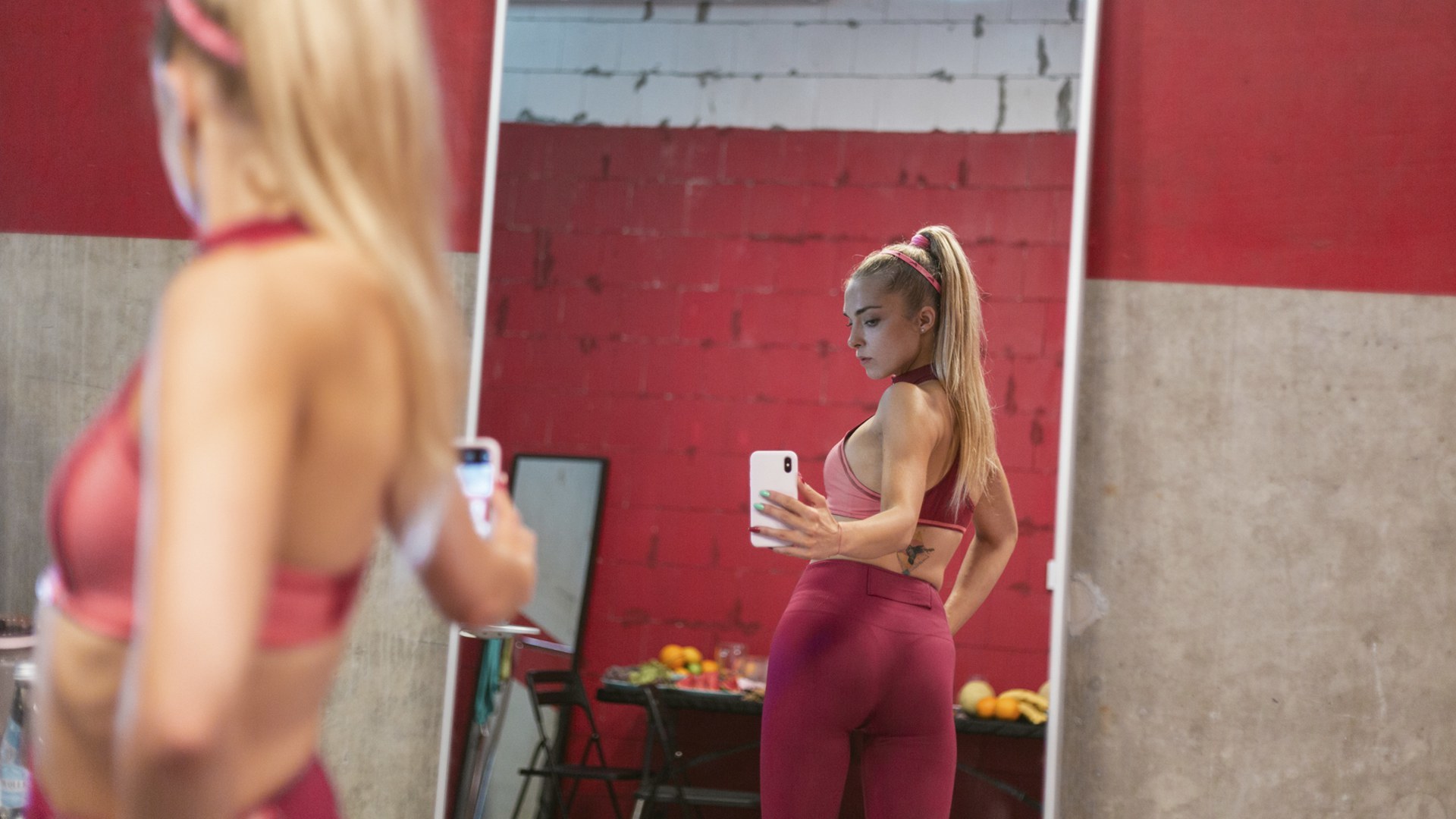 Swedish director Magnus von Horn follows up his 2015 feature debut The Here After with Sweat, depicting three days in the life of an Instagram influencer. Structured in parts like a thriller, Sweat is truly most successful as a character study, while its representation of social media gives rise to a nuanced understanding of contemporary anxieties over isolation and intimacy.

Sweat opens with ‘fitness influencer’ Sylwia (Magdalena Kolesnik) about to perform her workout routine to a crowd of adoring fans. As we follow her on to the shopping mall floor where she is performing, the handheld camera is close enough to hug her, cutting back and forth between her and her fans, eliminating the literal and figurative space between them. Sylwia’s motivational phrases on her tinny mic cut through the bass of the speakers as she tells the crowd over and again that she loves them. The energy is high, frenetic, and tense; it is more than a little reminiscent of the fraught nerves of the Safdie brothers’ Uncut Gems.

While the heights of that first scene’s energy never quite return, its frayed ends continue to worry at the film’s edges. Indeed, it is in Sweat’s calmer moments where a feeling best described as empty relief sets in, like a post-anxiety ditch yet to be filled by another emotion. In contrast to the physical intimacy of the opener, several key sequences are shot from a distance with a long lens. Chief among them is a starkly beautiful external shot of Sylwia ascending the stairs to her apartment. The sense of voyeurism is overt, capturing her in a moment of mundane solitude and it underscores the voyeuristic nature of social media. The moment is layered with irony by the fact that she is simultaneously live-streaming her ascent to her followers. This, coupled with a workout far more gruelling than the ones that she shares with her followers, underscores the near-unceasing labour and monetisation of life in social media.

Meanwhile, Sylwia is increasingly troubled by an online stalker who abruptly finds his way into her real life, exposing himself at her as she unwittingly walks past his car. Later, he posts a video apologising for his behaviour, only to return a few nights later, culminating in a moment of violence and unexpected conciliation. Her ordeal with the stalker exposes the messy intersections of social media and real life, juxtaposing Sylwia’s own inability to connect with people outside of her Insta bubble, either with her mother or to the old schoolfriend she bumps into while shopping. At the centre of this juxtaposition is a portrait of someone for whom isolation and loneliness have become the norm, and for whom social media provides both a retreat and a treadmill. Sweat resists the urge to denounce or satirise social media as the cause of Sylwia’s anxiety, but rather to present it as a lens through which we might understand it.