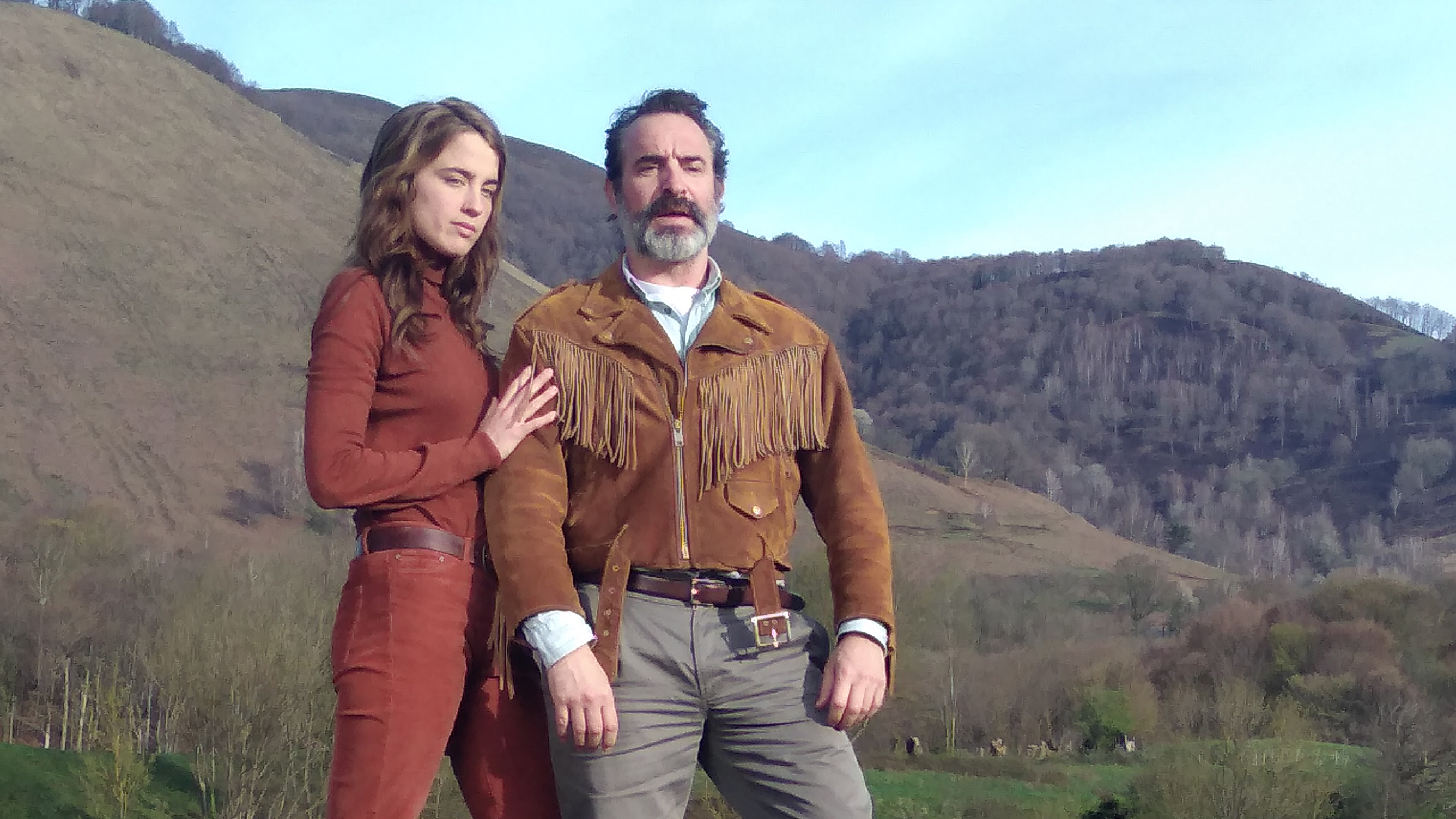 Absurdity and surrealism played with a straight face is Quentin Dupieux’s stock in trade. His latest gonzo reverie Deerskin finds the filmmaker working with major stars Jean Dujardin and Adèle Haenel. The result is predictably crackpot and enigmatic.

We meet Georges (Dujardin) driving down the motorway in a corduroy blazer. At a service station, he takes it off and tries to flush the item of clothing down the toilet. He then proceeds to blow €7,000 – literally all the money he has – on a retro deerskin jacket. From the little we learn of Georges in the film, he’s going through a divorce and he’s quite obviously a man in a rut, desiring to shed his ‘everyloser’ image and transform into a dashing ladykiller in a fetching deerskin jacket (the coat makes him look exactly like a middle-aged guy having a mid-life crisis).

Arriving in a small mountain town, he befriends Denise (Haenel) and they join forces to make a movie on the topic of Georges wanting to be the only man in the world permitted to wear a jacket. He goes around bribing people (constantly borrowing money off the cash-strapped Denise), asking them to promise never to wear a jacket ever again. But as movie ideas tend to do, they develop and change, are revised and reworked. Guerilla director Georges becomes a serial killer, egged on by his new young friend.

Georges takes centre stage in the narrative and Dujardin is wonderful as a total loon, his deadpan performance consistently fun and strangely endearing, even when he’s chopping people up. While his mission is obvious enough, it’s Haenel who gets to play a total mystery, her motivations for indulging Georges and his ‘movie’ are infinitely harder to pin down. Is this a classic folie à deux?

Is she manipulating Georges for her own shot at stardom? Is she a psycho seizing upon an opportunity to sew a little bit of mayhem in her quiet mountain town? That it’s really hard to tell and ultimately unanswerable is what makes Deerskin far more rewarding than its initial wacky premise suggests. Haenel, too, is fast heading for the type of stardom which will make her the French actor of her generation.