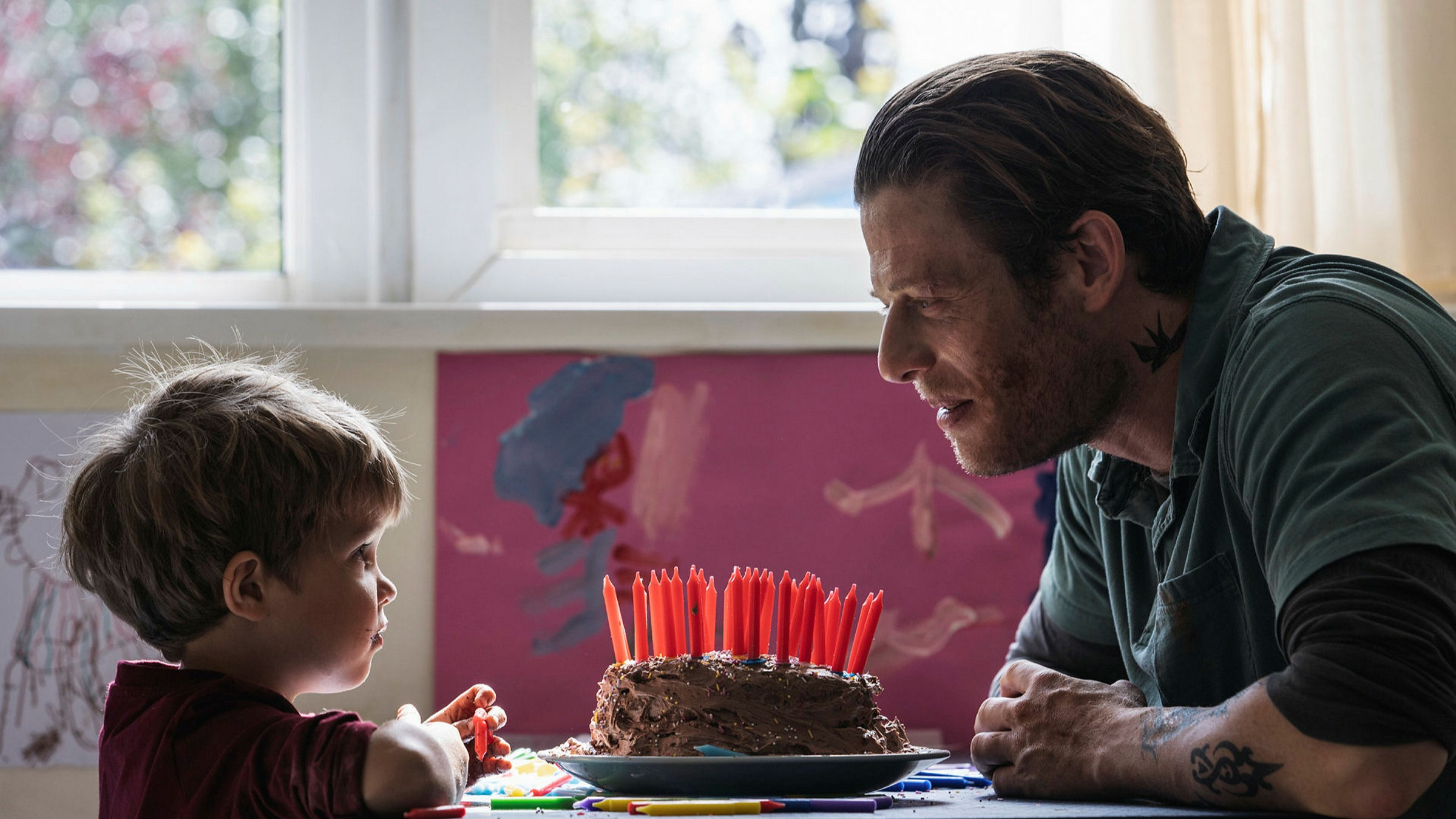 “This is the most important decision of my life”, single father John (James Norton) pleads to his social worker. “How will I know if I’ve got it right?” The decision in question, and the premise of Italian director Uberto Pasolini’s latest film Nowhere Special, is who will adopt John’s son, Michael (Daniel Lamont) after his father dies from a terminal illness.

It’s a premise straight out of a supermarket paperback melodrama – complete with the ‘inspired by a true story’ tagline – yet Pasolini deftly strips his subject matter of histrionics to reveal the unvarnished humanity of his characters beneath. The narrative is as simple as possible, following John and Michael as they meet a revolving door of potential adoptive parents. John’s illness is never referred to explicitly (though it is implied he has a brain tumour), and there is no miracle recovery or defiant last-act twist to reverse the crushing inevitability of his mortality.

Pasolini resists the easy exposition of simply explaining the situation and instead allows the audience to gradually grasp what is happening. In so doing, the film frames the father-son relationship, not his illness, as John’s defining quality. Indeed the opening scene, before we realise that John is unwell, puts us in the perspective of four-year old Michael, oblivious to the fact that he will soon lose his father. The perspective shift when John takes Michael to visit a prospective couple creates a dramatic frame through which we can the sense of loss that drives John’s refusal to break his son’s heart by telling him that he is dying.

Nowhere Special is driven by the primal emotion of its child-parent dynamic and moving performances from both its leads, while the theme of social class resonates throughout. Each couple that John meets is a signifier in some way of a social fabric to which he doesn’t belong, from an ‘outdoorsy’, well intentioned but entitled upper-middle couple living in the countryside, to a suburban foster family, or the horrifyingly bourgeois husband and wife and their immaculate, colourless home. Each encounter builds on the last, creating new social contexts that work to build our empathy for John’s indecision. Moreover, each failed meeting signals John as an outsider, barred from entry in the social order. As a window cleaner, he is afforded multiple opportunities to see into the lives of others. The recurring image is an inverse of the voyeuristic cliché of window cleaners sneaking a peek into private spaces. Rather, his peering represents not access to others’ lives but denied entry to his own.

Around the half way mark, the film presents us with an apparently perfect candidate to care for Michael. It’s possible to see this choice as robbing the film’s second half of dramatic impetus, but presenting us with an obviously perfect choice for a new caregiver merely underlines the fact that John has yet to come to terms with his own mortality. The catharsis doesn’t come from whether or not John will choose the right parents, but whether he will be able to face letting go of Michael. And when the answer comes, in a tender, quiet scene of dialogue between the two, it is emotionally devastating and anything but melodramatic. In this, there is certainly no question that Pasolini has created something very special indeed.