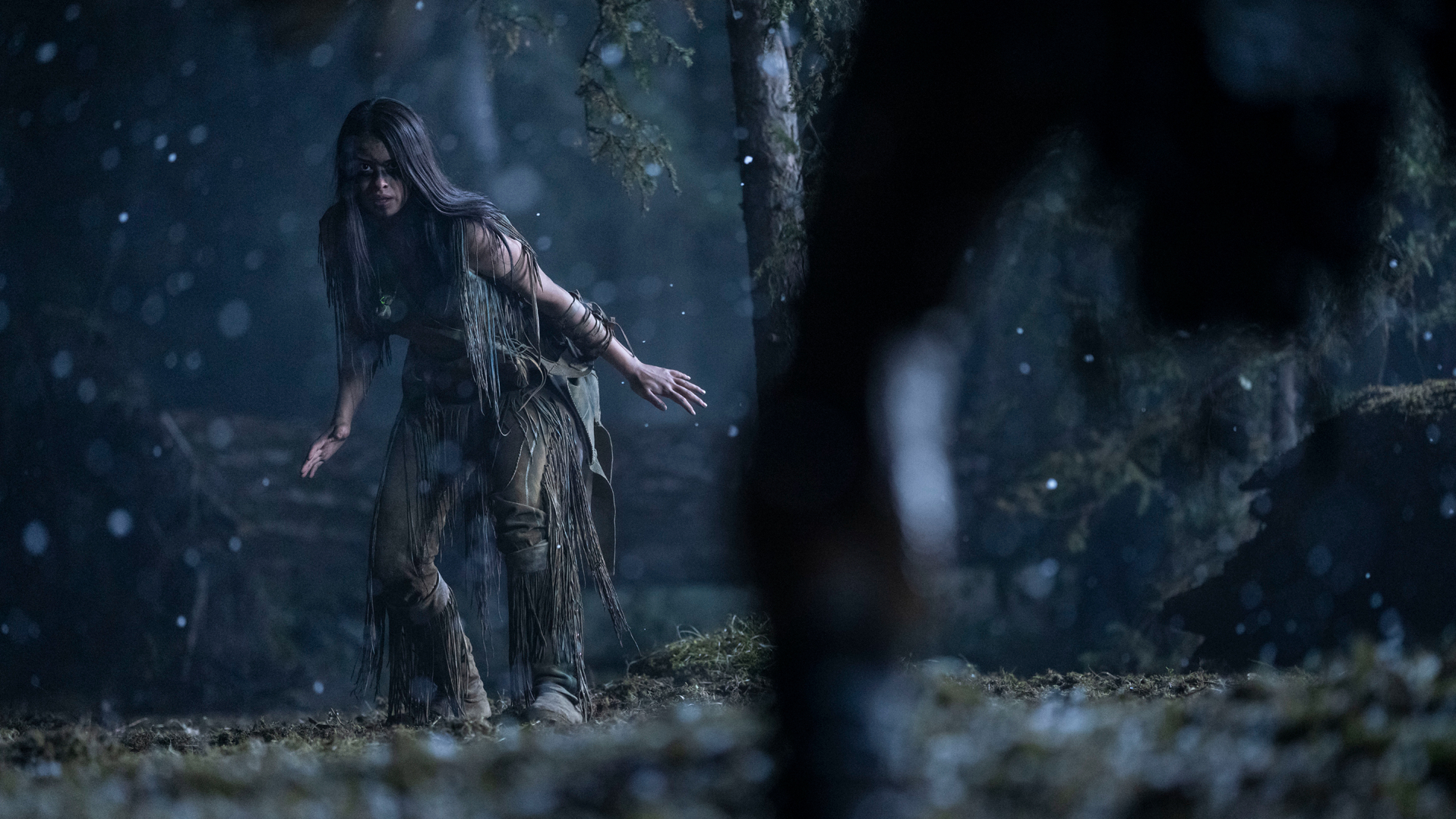 Four years on from the last attempt at a reboot courtesy of Shane Black, 10 Cloverfield Lane director Dan Trachtenberg arrives to do what no other director has managed and rejuvenate the Predator franchise. Sadly, though the attempt is admirable, the direct-to-Disney+ Prey is an oddly blunted affair.

On paper, everything is there for a cracking rejuvenation of the franchise. Eschewing the contemporary settings of previous entries, the action is transported to the Southern Plains of 18th century America, with a premise that takes its cue from an idea hinted at way back in Predator 2. Naru (Amber Midthunder) is a young Comanche, desperate to prove herself as a hunter in a culture where women stay at home and the men go into the wilderness to test their mettle against big game. Naru’s brother Taabe (Dakota Beavers) is refreshingly supportive of her, but the other men in the tribe undermine her at every opportunity.

It’s certainly an interesting inversion of the series’ typical hyper-masculinity, but it can’t stem the rote predictability of the screenplay. The best of the series has always understood the importance of establishing compelling, if ludicrous, characters so that each horrible death is felt in turn. But though Naru and to a lesser extent Taabe are compelling protagonists, every other character is essentially interchangeable, serving as fodder for the creature, robbing the film of dramatic tension.

As a result, the carnage is often enjoyable, the highlight being an assault on a band of French trappers, but it’s very rarely suspenseful. And while the film largely avoids too much nostalgia bait, screenwriters Trachtenberg and Patrick Aison can’t resist dropping some immersion-breaking one-liners, nor can this prequel figure out a way to finish itself without limply imitating the original’s climax.

There are moments of inspiration: big lad holding a bear above his head – blood spewing over the camouflaged monstrosity – is a brilliant image, allaying any fears that this Disney-funded entry would be bloodless. The creature design is also the best since the original and there is something interesting, if underdeveloped, about the predator standing in as the ultimate coloniser. But the overwhelming experience is aesthetically bland, a feeling not helped by the film’s straight-to-platform release.

Endless drone shots, perspective switches and too many CGI animals undercut any grit or claustrophobia that Trachtenberg – director of the brilliant 10 Cloverfield Lane – might otherwise have crafted. Meanwhile, the interminable score refuses to quiet down and let the images or emotions speak for themselves. While it is certainly more coherent and enjoyable than Black’s 2018 The Predator, Prey is a middling, lightweight effort. Nevertheless, the critical and audience reception have to date been overwhelmingly positive, so no doubt this won’t be the last time we’ll be seeing cinema’s ugliest motherfucker.