Film Review: The World to Come 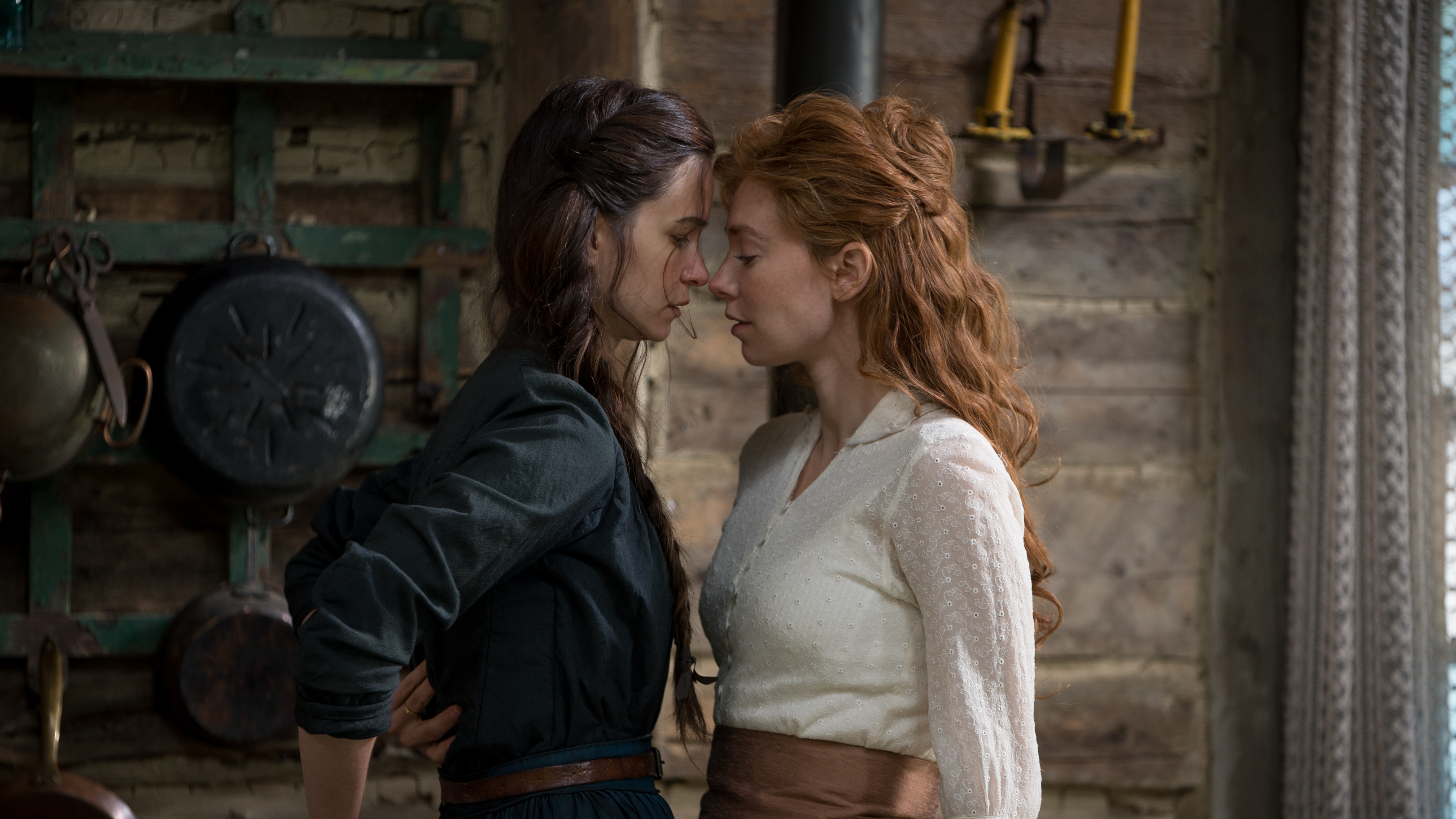 Schoharie County, the upstate New York setting of Mona Fastvold’s The World to Come, takes its name from a Mohawk word meaning ‘floating driftwood’. It’s an apt starting point from which to view the Norwegian director’s sophomore feature, the term keys into the restless stasis of a film – and its central pairing – that struggles to find solid ground.

Caught in a kind of frozen whirlpool, enclosed on all sides by place, opportunity and circumstance, Abigail (Katherine Waterston) begins 1 January 1856 much like any other day. Her softly spoken narration, a stream of consciousness initially lacking in any vitality or emotion, commit to memory and paper a sullen start to the New Year. “Ice in our bedroom for the first time all winter.” The harsh weather of a remote northerly wilderness echoes a frigid, loveless marriage fallen on hard times.

For it has only been a matter of months since she and her husband, Dyer (Casey Affleck), lost their only child. The colour drained from the screen and their lives, overwhelming grief is buried beneath the daily toil of working the farm and dutifully maintaining their household’s meagre existence. The arrival of new neighbours, Finney (Christopher Abbott) and Tallie (Vanessa Kirby), injects a change. A flash of eye contact with the latter, and visions of her flowing red hair against the snow, ignites the faintest glimmer of passion in Abigail.

Living on a “long lane that has no turning,” we sense that both women are heading in exclusively one direction with no possibility of betterment or excitement. What begins as polite companionship, understanding, moves to greater tenderness and caring – with subtle gesture and glances suggesting more. Jim Shepard and Ron Hansen’s script, taken from the former’s book of the same name, follows its epistolary form throughout, as days and months roll by.

Has this longing always been there for Abigail and Tallie, even before they met? Or are the women drawn to one another due to the cold detachment of Dyer and callous brutality of Finney? The attraction felt seems to come more from one soul’s draw by another, the magnetism of a kindred spirit. Whether the script and Fastvold’s direction do enough to fully develop and explore this union will differ from viewer to viewer, but Abigail’s repeated “astonishment and joy” upon a first embrace is perhaps a little overstated.

Blizzards turn to snowmelt, and springs blossoms in time to growing affections, obsessions even. In conjunction with a relationship developing behind closed doors, husbands speak of their wives accomplishing “responsibilities”, “expectations and duties.” Is there nothing more to this frontier existence than domestic subservience and bearing children? As is the case for much of The World to Come, answers are not easy to come by, but it must be said that this bleak, yet lyrical and handsomely made film does profit from time taken to reflect upon it, growing in one’s consciousness.

The time would come for truly living and loving freely, but in cultivating both land and imagination Fastvold’s leading ladies forge forward – as their forebears had – into new territory. In Abigail’s longing to see beyond the high valley walls with the kind of scope of an atlas gifted to her by Tallie, The World to Come envisages a future reality not yet visible over the horizon, but shown as the slightest glimmer of light.