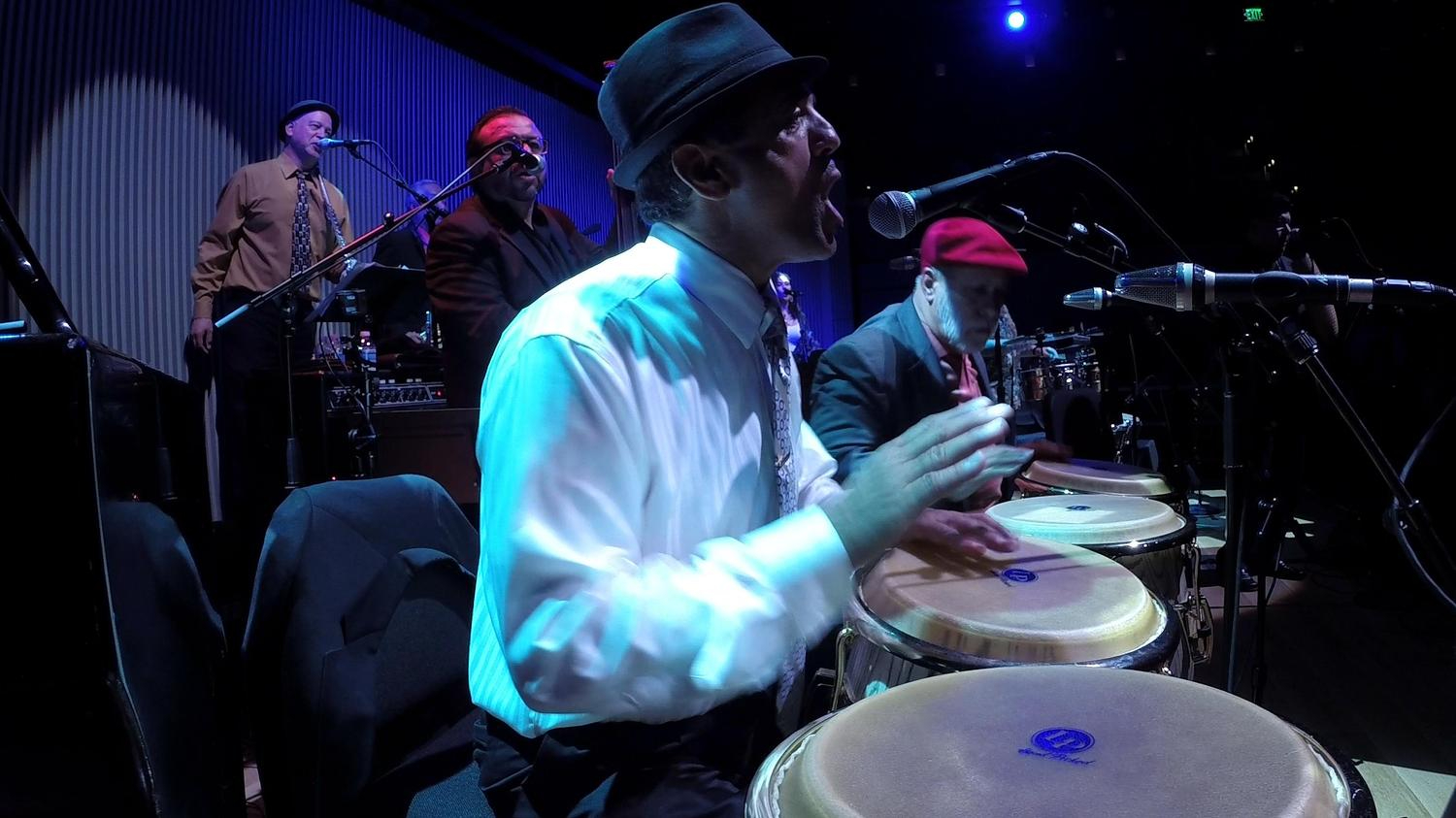 Afro-Latin percussionist and multiple Grammy award nominee John Santos is the worthy subject of filmmaker Kathryn Golden’s first feature-length documentary, a lively and often compelling portrait of the man and his music.

Debuting at this year’s SXSW festival, Santos – Skin to Skin shares many of the virtues and vices of another underground music doc that also played at the fest, The Mojo Manifesto. Both are in thrall to their subjects, sincerely and infectiously advocating for them to the exclusion of criticism. Both, too, present their subjects’ lives with a standard-issue combination of archival footage and talking heads. What distinguishes Skin to Skin from its counterpart is its subject, a man utterly dedicated to his craft and to its rich cultural traditions.

As the film itself notes, John Santos does not have a Master’s or a PhD but he is undoubtedly a scholar of his craft, a point underlined that bona fide academics have sought his expertise. But while his commitment to music as an art form that can be studied, appreciated and codified is admirable, it is the passion for his craft and his deep understanding of its place in community and heritage that makes Golden’s film so compelling.

While the film’s talking heads provide useful historical context for Santos’ career and his early life, it is invariably the footage of him performing and educating local community groups that offers the real draw. The sequences where the film pauses to let us simply watch his performances are wonderful, capturing that hypnotic quality of watching master craftspeople at their work even if the intricacies of their art elude us.

As the film suggests, Santos is not a superstar and never broke into the mainstream as, for example, Carlos Santana did. Instead, the film suggests, Santos prioritised his community roots and radical politics over airwave popularity. It’s a shame that Skin to Skin doesn’t interrogate this a little more and the film is peppered with tantalising hints of what might have been. Golden’s film is a good depiction of a musician in complete control of his craft, but it doesn’t offer much more than this; neither a deep exploration of Latin and African roots, nor a study of a psychologically complex figure.

Nevertheless, it’s clear that the film is an advocate for its subject. The film’s late focus on the tragic death of his first daughter and his continued celebration of her life serves to underscore his commitment to the cultural traditions that bring colour and meaning to life. On those terms it is undoubtedly successful.