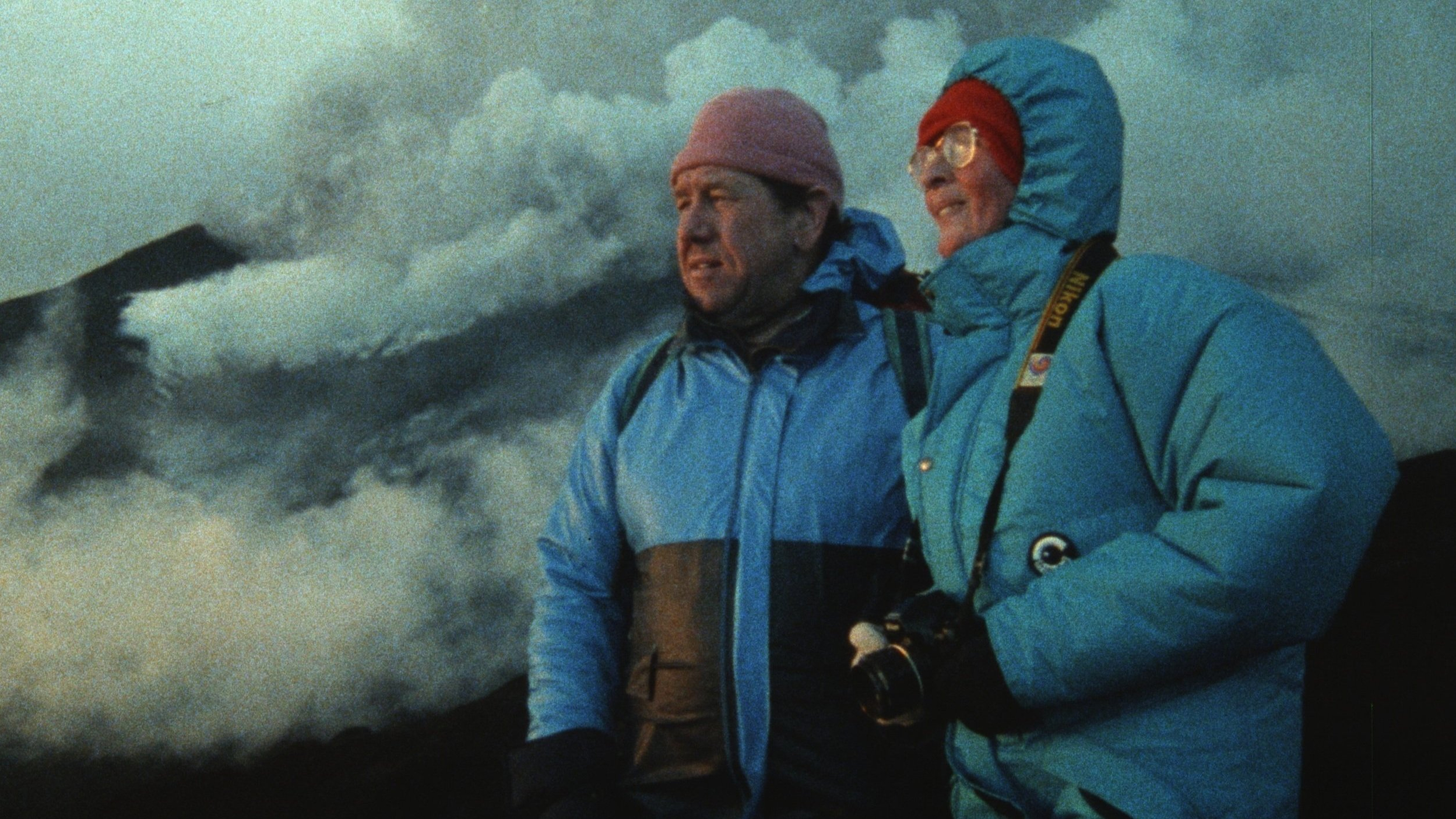 On 3 June 1991, famed French volcanologists Katia and Maurice Krafft made their final, fateful expedition to an erupting volcano. The eruption at Mount Unzen, near Nagasaki, killed the pair in a devastating pyroclastic flow. Documentarian Sara Dosa crafts an impassioned picture of the world’s most celebrated (and only?) married volcanologists through three decades of their own astonishing archival footage.

Dosa’s film follows a broadly chronological narrative, noting the Kraffts’ rise as celebrity-scientists and the development of their own strand of volcanology. But its emotional structure, reconstructing Katia and Maurice’s marriage and their shared passion for exploding mountains, feels far more intuitive and lyrical than its linear narrative structure might suggest. In this, Fire of Love is more portraiture than storytelling.

It is also a deeply romantic film, both in its depiction of Katia and Maurice, affectionately ribbing each other at every opportunity, and in their elemental love of volcanoes. In one scene, Katia describes the hellish red of a molten lava flow as ‘friendly’, contrasted against the more violent killer ‘grey’ volcanoes that spew plumes of gas and ash into the sky, the likes of which destroyed Pompei. The Kraffts’ categorisation of ‘friendly red’ and ‘killer grey’ volcanoes is key to Fire of Love’s elemental duality – love and affection for the beauty of nature’s spectacle at one end and terrific respect for its awesome power on the other.

In its rendering of the beautiful and the sublime, Fire of Love’s ‘romance’ should really be written with a capital ‘R’; images of a miniscule Katia as she stands at the precipice of a mountain vomiting thousands of tons of liquid fire into the sky could have been lifted directly from the canvas of John Martin, the English Romantic painter best known for his epic biblical scenes. Contrast this with Maurice’s comic recklessness as he sets out in a second-hand rubber dinghy onto a lake of sulphuric acid, or his joking about badly scalding his leg in a pool of boiling water, and we have something approaching the span of human experience – the divine and the profane – all caught in the song of a mountain bellowing with ancient fury.

Dosa grounds Fire of Love’s awesome Romantic portraiture in a narrative that is perhaps more mundane but no less gripping for it. Maurice and Katia were idiosyncratic creators – their films and public demeanour surely inspiring Wes Anderson – but they were also scientists, however unconventional. Prior to the 1985 eruption of Nevado del Ruiz in Colombia, where officials ignored repeated warnings of an imminent eruption resulting in the deaths of at least 23,000 people, is a depressingly familiar account of hubristic politicians negotiating with certain environmental catastrophe.

After the disaster, lessons were learned and authorities around the world developed evacuation plans based on the Kraffts’ and other scientists’ work. One is left wondering how many catastrophes today’s politicians will have to witness before they too start listening to the experts.