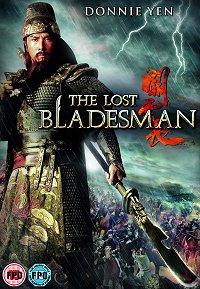 An adaptation of Lu Guangzhong’s historical novel Romance of the Three Kingdoms, the film was adapted for the big screen by directors Alan Mak and Felix Chong. Although the two versions are quite different (which proved to be a point of criticism for the film during production), The Lost Bladesman stays true to the atmosphere nevertheless.

It follows historical legend General Guan Yu ‘crossing five passes and slaying six generals’ in an attempt to stop Cao Cao from eliminating his opponents and taking over the kingdom in the time of the Han Dynasty. Guan Yu is in the service of Cao Cao but follows orders out of righteousness rather than true loyalty. In this background of war, treason and political intrigue, Guan Yu secretly has feelings for Qilan, his brother’s concubine. Cao Cao will try to use this against Guan Yu, but without success.

The plot follows Guan Yu somewhat intricately as he is torn between duty and true feelings, in efforts to protect the kingdom from Cao Cao’s intentions and to keep his true love Qilan safe from the ensuing mayhem of war-torn, feudal China. 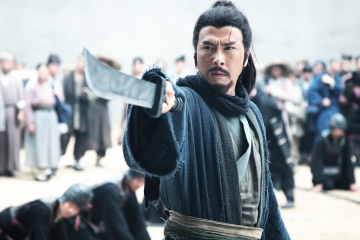 The righteous Guan’s character is given a somewhat supernatural valence, which again, fits comfortably into the generic conventions of such a martial arts movie. He is always honest, righteous and devoted to his duty. Physically he is impressively strong, fast-paced and moves wisely, always a step or two ahead of his enemies. In the real world, this all might seem a little too much of a stretch in terms of credibilty, but not for anyone with even a passing knowledge of a movie like The Lost Bladesman, and more pointedly a Donnie Yen movie.

The character’s heroism and supernatural abilities go hand in hand with the ‘high octane’ martial arts and war scenes and are the perfect trigger for rushes of adrenalin, staged superbly by Yen. Blades, arrows and spears fly around with impressive speeds, and a generous amount of blood flows throughout. This is fanboy heaven.The focus on weapon based combat may dissapoint a few expecting the wing chun physicality of Yen’s Ip-Man films.

The visuals are lush and highly expressive, helped by the beautiful cinematography and perhaps the all too luxurious decors – justified, however, by the genre yet again. Donnie Yen manages to portray the iconic Guan Yu successfully – it is a difficult job to don a scholar’s beard and moustache on a background of strong morals, loyalty and righteousness.

However, Yen is very nearly upstaged by Jiang Wen, who portrays Cao Cao as a complicated man in a subtle and nuanced performance (only the reduced number of scenes he appears in keeps him from stealing the Donnie Yen show). He succeeds in portraying his character perfectly, encapsulating a sense of determination and conflicted loylaties seemlessly. No flawed cartoon villian charicatures ala Ip-Man (2008) on dispaly here.

Speaking of flaws, perhaps the only one would be the very convoluted nature of the plot which makes the film hard to follow at times. However, it would be absurd to boil Chinese history and myths down to an easy to swallow shape. Once again, saved by the genre.

Overall, The Lost Bladesman is a spectacular martial arts epic history, from beginning to end, with adrenaline filled scenes, extraordinary characters and beautiful cinematography. It is clearly a big budget movie, fit for the blockbuster vehicles that Yen is expected to delver.