Special Feature: Is ‘The Human Centipede 2’ coming to the UK?

Earlier this week the internet erupted in a fit of convulsive irritation at the BBFC’s decision to deny The Human Centipede II (Full Sequence) (2011) a classification. Censorship is always one of those thorny issues that gets people’s knickers in a twist and, as you might well imagine, the words ‘freedom of expression’ have been tossed around like a hot potato in a burns unit. What’s the real story here though and can the movie still be screened in Britain? The answer, surprisingly, is ’yes’.

There are a couple of ways to come at this. The reason put forward by the BBFC for denying classification and effectively banning The  Human Centipede II is on the grounds of two concerns. The first is that they believe certain scenes could fall foul of the Obscene Publications Act 1959 which prohibits the distribution of any material that ‘intends to deprave or corrupt’.

Of course, definitions like this tend to do more harm than good as many will be inclined to (quite rightly) ask by what standards ‘depravity’ or ‘corruption’ can be measured in a work of fiction. If the BBFC intends to come out swinging, it will surely need something more robust.

Unfortunately, the other card in the BBFC’s hand also appears to be printed on crepe paper. Their other justification is the Video Recordings Act 2010, which asks that the classification make regard for the possible ‘harm caused to potential viewers’ and again, such definitions are clearly debatable. 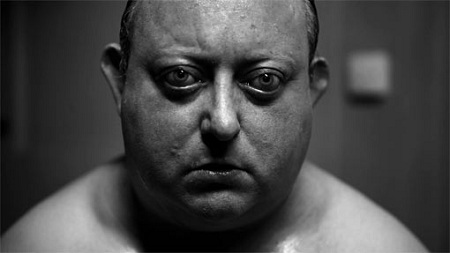 So, the BBFC is taking a moral stance on the ‘unacceptable content’ of the film. Of course, as Kim Newman pointed out in a note on Facebook, it could be for another reason: to protect the filmmakers. As Newman states: “They [the BBFC] have made a decision (presumably an informed one) about whether the makers and distributors of The Human Centipede II – and, not incidentally, the BBFC themselves – would be liable to prosecution if the film were commercially released.” In short, if someone were to fall victim to the ‘harm’ alluded to in the Video Recordings Act – whatever that may constitute – the filmmakers and distributors could find themselves in hot water.

You have to have some sympathy with the BBFC, though. Back in 2008 the Board had its decision to award the video game Manhunt 2 an 18 rating overturned by the a High Court Judge who described the classification of the ’dark and violent’ game as ‘a clear error of law’; it’s perhaps not surprising that they’re playing it safe these days.

It has been rumoured on Twitter that the filmmakers intend to appeal, which might see the ruling over-turned, as it has been in previous years, though it’s not guaranteed. However, one thing yet to be mentioned in this case is that it is still possible for the film to receive a theatrical screening, even if the BBFC’s ruling stands.

The Board’s decision prevents sale and distribution, but the final authority on whether or not a film screens at any given theatre falls to the local council. So, if the filmmakers chose, they are within their rights to approach local councils individually and make a case to have the film screened in each constituency. Councils may also refuse the film for screening, but, it’s worthy of note, that they are not legally obliged to do so. Given all the publicity the film has received in light of the BBFC’s ruling, a film that would have likely gone straight to DVD may now attract viewing figures that warrant theatrical screenings. We shall have to wait and see.