The yearly Muslim Hajj (the holy pilgrimage to Mecca) remains one of the most incredible feats of faith and endurance in human history, which makes it all the more baffling that Salim Ahamed’s directorial debut Abu, Son of Adam (Adaminte Makan Abu, 2011) – starring Salim Kumar, M.R. Gopakumar and Jaffer Idukki – is so agonisingly dull.

Set in the southern Indian state of Kerala, Ahamed’s family drama follows devout Muslim Abu (Kumar), as he and his wife Aisa (Wahab) strive to save enough money to take the holy voyage. Fortunately, they are well-regarded within the local Muslim community and are able to rely on a number of well-spirited handouts in order to purchase the necessary papers (neither Abu nor his wife own a passport) and flights to reach the promised land. 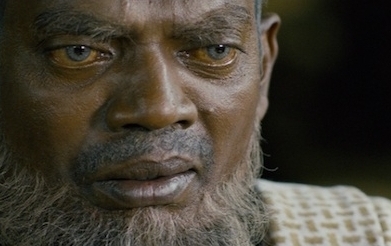 Whilst its clear to see Ahamed’s directorial good intentions, Abu, Son of Adam quickly runs out of narrative steam. An enticing sub plot involving Abu and Aisa’s estranged son Sathar only fleetingly features (more’s the pity), and with its omission vanishes all remnants of any form of conflict. A past altercation with an angry neighbour comes back to haunt Abu (literally), yet this is quickly resolved with minimal fuss.

Unfortunately, Abu, Son of Adam doesn’t fair well when compared with similarly-themed dramas of recent years. Last year’s Palme d’Or winner, Apichatpong Weerasethakul’s superb Cannes hit Uncle Boonmee Who Can Recall His Past Lives (2010), explores similar issues – the strength of faith, the cleansing power of a holy journey – yet does so with an amount of filmmaking guile and invention. Abu, Son of Adam is a far inferior film, neither compelling nor innovative, gaining little real insight into the region’s Muslim community along the way.