★★★★☆
One of the finest documentaries screening at this month’s BFI London Film Festival, if not all year, The Black Power Mixtape 1967-1975 has been a labour of love for its Swedish director Göran Olsson and production team (including US actor turned co-producer Danny Glover). Olsson has poured over hundreds of hours of seemingly forgotten archive footage recorded by a group of his countrymen at the time of the Black Power Movement, and has succeeded in creating an incredibly coherent document of the historic events.

Key to the film’s success is the quality of interviewee the original Swedish film crew managed to pin down. Black Power icons such as Stokely Carmichael, Eldridge Cleaver, Bobby Seale and Angela Davis are all present, giving hitherto unseen accounts of their role in the struggle for African American equality. 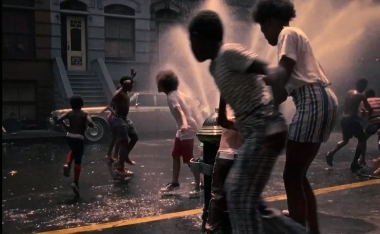 Most interesting are the various different approaches and levels of response against oppression that the various figureheads condoned. Carmichael is portrayed as charismatic throughout, an objector to Dr. Martin Luther King’s ‘pacifist’ approach, whilst still reserving a strong sense of admiration for his contemporary.

An incredible interview with political activist Angela Davis during her incarceration in 1972 is perhaps the highlight of this superb documentary, and the film’s director later realised one his life’s ambitions by meeting her in person, at which point she agreed to contribute a number of audio commentaries to Olsson’s documentary.

The Black Power Mixtape 1967-1975 begins with a clear statement from Olsson, professing that what you are about to see is in no way the definitive history of events, but is instead a true mixtape, a multi-layered collage of original 16mm footage, audio commentaries and a fitting soundtrack courtesy of Michael Jackson, The Roots and Erykah Badu.