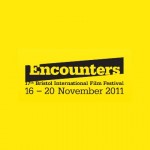 On Tuesday 4 October, CineVue were invited to the official launch of the Bristol Encounters 17th International Film Festival, where we were given an exciting sneak preview of this year’s programme. Bristol Encounters, which runs between 16-20 November, provides an important platform for both emerging and established short film and animation talent from around the world.

The highlight of the festival will undoubtedly be John Maclean’s Pitch Black Heist, a darkly comic and stylish black and white thriller in which professional safe crackers Michael (Michael Fassbender) and Liam (Liam Cunningham) learn to outmanoeuvre a light-activated alarm system.

Other films that impressed include Billy Lumby’s disturbing, aerial-perspective short God View and the Norwegian language 15 Summers Later from director Pedro Collantes. In the animation strand of the festival, the stand-out films were the bizarre Luminaris by award-winning Argentinian director Juan Pablo Zaramella, and Pierre Ducos and Bertrand Bey’s La Détente, an unsettling and moving story of a traumatised French soldier who re-imagines the horrors of the First World War in toy form. 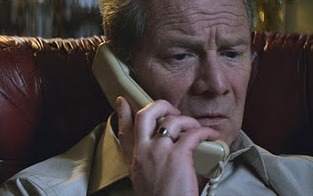 If that wasn’t enough, festival goers can also look forward to Long Distance Information, the debut film of The Jesus and Mary Chain’s Douglas Hart starring Peter Mullan, A Gun For George, directed by and starring Garth Marenghi’s Matthew Holness, and Bertie Crisp by Francesca Adams and starring Kathy Burke and Tamsin Greig.

Alongside the main competition there will be a series of events, including panel discussions on Irish and Brazilian animation, a profile on Studio AKA, children’s workshops by Aardman animation, and contributions from a Dreamworks representative. There will also be live musical accompaniment to silent and experimental shorts from Tony Orrell and Scissor Sisters’ JJ Garden, Desert Island Flicks with Ren and Stimpy animator John K, and free short film experiences available to the public such as a vintage mobile cinema and a boutique pop-up cinema.

The launch of Bristol Encounters emphasised above all the high quality and originality of this year’s programme, and revealed that attendants of the festival are in for a real treat.