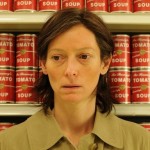 The 55th BFI London Film Festival 2011 is nearly upon us (make sure you visit our coverage section here from the 12th onwards), so to celebrate this impending cinematic feat, the CineVue team have put our collective heads together and produced a list of our top 20 picks from this year’s extremely strong LFF programme. We’ve tried to provide a blend of world premieres, UK premieres, arthouse efforts and documentaries, all of which deserve you’re time and attention – enjoy, and we look forward to seeing some of you there!

1. We Need to Talk About Kevin (dir. Lynne Ramsay)
A career-best performance from Tilda Swinton as a grief-stricken mother coping with the aftermath of an abhorrent act of violence by her son Kevin (Ezra Miller).
2. The Artist (dir. Michel Hazanavicious)
Take a trip back in time to the glory days of musical cinema with Hazanavicious’ supremely stylish homage, starring French actors Jean Durjardin and the stunning Bérénice Bejo.
3. Shame (dir. Steve McQueen)
UK director McQueen reunites with actor Michael Fassbender in this atmospheric exploration of sex addiction set in New York City.

4. The Descendants (dir. Alexander Payne)
Payne’s welcome return to feature direction after seven years away (welcome back Alexander) sees George Clooney takes on the role of a dithering father trying to re-connect with his two daughters following the tragic death of their mother. 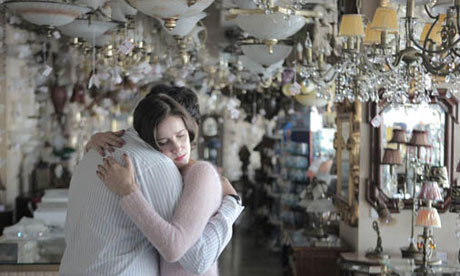 5. Alps (Alpeis) (dir. Yorgos Lanthimos)
Greek director Lanthimos builds on his extremely impressive debut with a surreal exploration of love and loss revolving around a group of individuals that volunteer as ‘substitutes’ for the recently deceased.
6. Faust (dir. Alexander Sukorov)
An understandably surprise recipient of this year’s Golden Lion price at the Venice Film Festival, Sukorov’s take on the classic German legend remains an artistically rewarding prospect for cinephiles.
7. This Must Be the Place (dir. Paolo Sorrentino)
Academy award-winner Sean Penn glams up (and bears an uncanny resemblance to The Cure frontman Robert Smith) in the story of an ageing rock star who returns to the US to see his dying father.
8. Miss Bala (dir. Gerardo Naranjo)
A beauty queen becomes embroiled in a world of Mexican drug wars in Naranjo’s socio-political thriller, which finally proves that the crime genre isn’t the sole confined to the male gender.
9. Carnage (dir. Roman Polanski)
Not appearing at the festival himself (due to circumstances I’m sure we’re all aware of), Polanski’s cringe-worthy adaptation of stage play The God of Carnage should prove enjoyably uncomfortable viewing.
10. Once Upon a Time in Anatolia (dir. Nuri Bilge Ceylan)
Ceylan’s Grand Prix prize-winner was lauded at Cannes, and brings with it high expectations. Critical reception has been extremely positive for this existentialist Anatolion tale.

11. Take Shelter (dir. Jeff Nichols)
Reuniting once again with actor Michael Shannon, Nichols’ latest film tells the story of Curtis, a working stiff in small town America suffering from overpowering visions of apocalyptic doom.
12. Into the Abyss: A Tale of Death, a Tale of Life (dir. Werner Herzog)
German enigma Werner Herzog once again shows his proficiency within the documentary genre with yet another superbly-crafted meditation on the joy of life, the brutality death and the US capital punishment system.

13. A Dangerous Method (dir. David Cronenberg)
Initial reception from Venice has not been favourable for Cronenberg’s latest, but with Fassbender, Viggo Mortenson and Vincent Cassel on board, expect fine performances at the very least within this psychoanalytical drama.

14. Almayer’s Folly (dir. Chantal Ackerman)
Ackerman tackles Joseph Conrad in this rough adaptation of the book of the same name, following Almayer (Stanislas Merhar) as he looks for a better life for his wife and child.
15. Terraferma (dir. Emanuele Crialese)
The winner of this year’s Special Jury Prize award at Venice, Crialese’s drama centres around a Sicilian fishing family whose trade is coming under threat from washed-up African refugees.
16. Martha Marcy May Marlene (dir. Sean Durkin)
Durkin returns to screens with an intelligent, well-constructed drama that explores the psychological impact of one girl’s escape from an isolated cult community.
17. Sarah Palin – You Betcha! (dir. Nick Broomfield & Joan Churchill)
Broomfield vs. Palin – let battle commence! The enfant terrible of British documentary filmmaking pulls no punches in following and investigating one of America’s most divisive, controversial politicians.
18. The Black Power Mixtape 1967-1975 (dir. Göran Hugo Olsson)
A labour of love for director Olsson, this superb documentary uses a mountain of previously-lost footage to paint an expansive portrait of the Black civil rights movement from the late 1960s to mid-1970s.
19. Without (dir. Mark Jackson)
Jackson’s film is one of the true hidden gems of the festival, a minimalist drama about an isolated college carer on a remote island, which quickly descends into psychosexual waters – intensely captivating.
20. Hara-Kiri: Death of a Samurai (dir. Takashi Miike)
Japanese cult director Miike once again remakes a samurai classic, this time choosing to adapt Masaki Kobayashi’s 1962 original in 3D. The results could prove spectacular.

What films are you most looking forward to at this year’s LFF. What do you think the ‘Surprise Film’ on 23 October will be? Let us know using the comment box below.