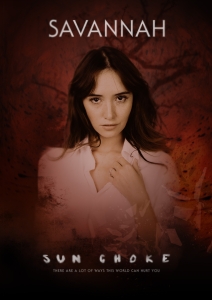 Ben Cresciman’s intense psychological horror film Sun Choke (2015) is the story of a woman staring into the abyss of nothingness and liking what she sees: absolute nothing, a retreat from the chaos of the light. It’s been likened to grand auteurs such as Bergman, Lynch and Polanski, and those debts are easily enough to pull out. However, the director’s approach and ‘treatment’ of his protagonist, Janie (the astoundingly good Sarah Hagan), and the depiction of her mental illness and form of disassociation is perhaps more informed and closer in spirit to the 1981 German production, No Mercy, No Future, by Helma Sanders-Brahms. 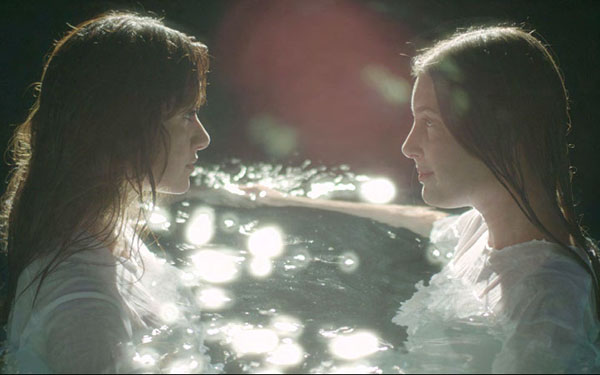 Such a creative gamble resists armchair Freudianism like a vampire from a crucifix and, instead, renders an experience as primarily subjective and maddeningly impressionistic. It becomes, then, a locked-in trip all the way, with little respite from the strangeness or any overt explanation for what we have seen or how certain scenes relate or cut together. As a piece of cinema, it is beguiling and extraordinary. Very few details about Janie’s problems and life are given, and Irma (Barbara Crampton), cannot be trusted with what little she imparts. But neither is Janie trustworthy. It’s a rare and precious thing to experience: the unreliable mind as unreliable narrator.

Just like everything else, Irma’s presence and role is cloaked in ambiguity. There are scenes where Irma appears genuinely concerned and others where she is a complete monster and an emotional tyrant. 1980s horror icon Crampton, undergoing something of a career renaissance at present, is brilliant as the icy keeper of Janie’s body, mind and soul. The kimono-sporting guardian spends time suppressing Janie’s ills with freakish takes on yoga or complete humiliation – in the form of a dog collar charged with an electronic current – lest her ward step out of line. There is much that is inexplicable and remote about Sun Choke, but those should not be read as immediate negatives, but held up as virtues. Cinema too often gives the viewer everything on a plate and then spoon feds us with details until ‘we get it’.

Cresciman will probably be accused of obscurantist arthouse posturing, too, but what he’s done is riveting and carefully considered. What to make of the film’s title, then? It appears in the form of dialogue whispered by Janie’s double (to herself) toward the end. The sun is the source of all existence on the planet and Janie longs to return to the dark of non-existence, it makes an apt metaphor for a person who can no longer endure life and to live on in such confusing terms and conditions. She’s choking on existence. Is Sun Choke, therefore, akin to a prison break movie? The bid for freedom is to exit life. The final image cleverly unites birth and death into a unified image. The cut to black also brought to mind the haunting, but also peaceful and tender, last line of John Keats’s To Sleep: “… Seal the hushed casket of my soul.”