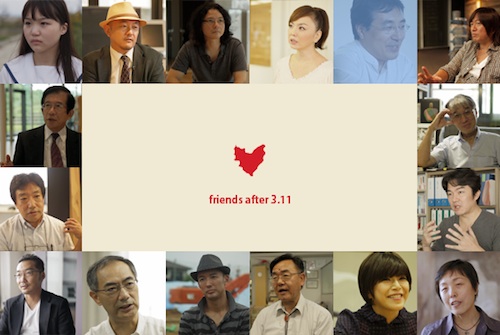 In March 2011, Japan was struck by a catastrophic earthquake, with the devastating tsunami that followed causing a meltdown at the Fukushima nuclear power station that sent ripples of discontent throughout the country. Director Iwai Shunji’s Friends after 3.11 (2011) is a deeply personal documentary which uses the statements of some of his closest friends to express the views of a society in a state of political despondency.

Comprised of a series of discussions with new found friends and old colleges, Shunji’s film features a wealth of talking head segments which range from fellow filmmakers too environmental protesters and numerous other participants eager to give there views. These conversations rarely touch on the horrifying destruction and deaths caused by this natural disaster but rather focus on the future implications of radiation poisoning – often drawing comparisons with the Chernobyl disaster.

From these numerous reactions it quickly becomes apparent that there’s an underlying degree of political discontent brewing amongst the country’s populous, with many fearing where the future of Japan’s energy dependency is heading – especially when it appears their fate is in the hands of a government who themselves chose not to use nuclear power, but whom seem happy for the country’s homes and business to continue to fill the pockets of the energy firms which profit from the use of such an unstable energy source. 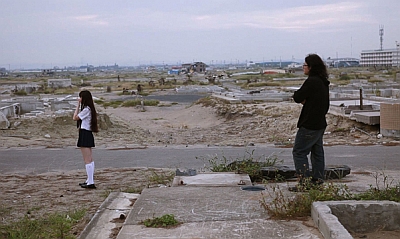 Whilst undeniably heartfelt and made with the best of intentions Friends after 3.11 fails to evoke anything other than an unwelcome sense of tedium. The film is poorly constructed and lacks the probing nature required of such a politically charged documentary – often feeling like little more than eavesdropping on a group of filmmakers attempting to put the world to rights whilst sharing a coffee or light meal.

This gentle approach is further hampered by Shunji’s own disconnected appearance on screen and a reluctance to engage his subjects – instead grunting in agreement with every statement, a facet which becomes hard to ignore, distracting the viewer whilst simultaneously demeaning his serious subject matter. Often caught peering off camera, it’s also clear he’s uncomfortable with this form of filmmaking – indeed what Friends after 3.11 is lacking is the visual panache he’s become famous for creating.

Friends after 3.11 should be a socially important documentary about Japan’s worrying dependency on nuclear power, yet sadly, despite its best intentions, it’s little more than a obnoxiously personal preach which lacks any real bite.