The Student Comedies consist of four incredibly rare films by the acclaimed Japanese director Yasujirô Ozu. This lovingly restored collection is part of the BFI’s ongoing venture to release all 32 of the surviving films he made for the Shochiku Studio. This 2-disc box set finally brings Ozu’s student-themed silent comedies to DVD for the first time – including a newly commissioned score by composer Ed Hughes.

The first of these short films is Days of Youth (Wakaki Hi), the earliest surviving Ozu film from 1929. It’s a lighthearted love story which follows two students who unknowingly compete for the affections of the same girl, and is by far the most whimsical of the four films. However, despite it’s lighter tone there remains a trace of the sadness and melancholy which would later become the driving force of Ozu’s later, more recognisable films, with neither of these bachelors winning the girl – one because he’s too shy, the other because he’s uncontrollably brash. 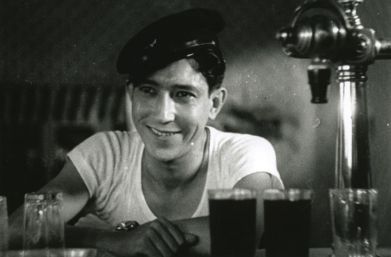 I Flunked, But… (Rakudi Wa Shita Keredo) is next, and is the story of a student attempting to find the easiest way to pass his exams without having to do any revision. Whilst the film’s narrative of inventive ways to cheat is played out incredibly playfully, its ending, where this roguish student can’t find a job shows the type of social criticism Ozu would become famous for exploring.

The collections final two films, The Lady and the Beard (Shukujo To Hige) and Where Now are the Dreams of Youth? (Seishun No Yume Ima Izuko) continue this trend of showcasing working class issues through gentle comedy, slapstick and physical comedy – a style more commonly associated with Hollywood than the theatrically-influenced Kabuki and Shimpa approach most often used In Japan at the time.

All four films are, however, interlinked with an overriding sense of despondency with life that follows studying – four interlocked stories, that hide behind their jovial facade a gentle vein of social satire with themes relating to the disappointment that’s to be found in real world – revealing the roots of Ozu’s much cherished later work.

Whilst initially almost unrecognisable as Ozu films in their tone and approach (lacking the more astute and restrained style of his later work) these heavily westernised short comedies have a hidden depth to them that could only have been accomplished by such a masterful director.