French actor/director Daniel Auteuil’s The Well Digger’s Daughter (2011) stands as one of the most surprisingly beautiful films of recent times – with each frame resembling an Impressionist painting – and as a consequence is perhaps most effective as a commercial for the French countryside rather than a stunning piece of cinema. 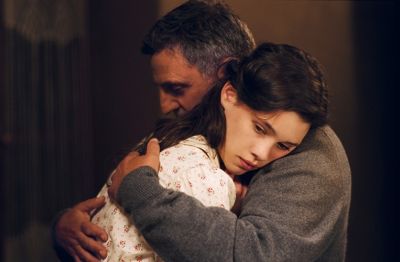 The Well Digger’s Daughter has a wavering selection of perspectives between Pascal and Patricia which ultimately divides both interest and sympathy. However, the film’s true quality can be found in the performances of several key players. Auteuil, as convincing when getting his hands dirty as he is as the confused modernist in Michael Haneke’s superb Hidden (2005), is always a pleasure to watch. Yet the whimsical nature of the film is carried by Bergès-Frisbey, who plays Patricia with perfect innocence and extraordinary unconventional beauty.

Contrastingly, there is an unnerving lack of sympathy offered to the film’s main cast of characters. Auteuil’s well digger Pascal frequently displays uncomfortable acts of aggression towards the women around him, whilst Jacques could be felt of as a rich, smug mummy’s boy who always seems to achieve and gain everything he desires. Love rival Felipe, though played well by Kad Merad, negotiates between luckless Joe Gargery and a Capitalistic uncle-figure seemingly unable to desist until he gains Patricia’s hand-in-marriage (even though her older sister is just as beautiful, and wanting).

Thanks to some sublime imagery and Alexandre Desplat’s particularly delightful score, Auteuil’s The Well Digger’s Daughter should satisfy most on a cosy Sunday afternoon in.