For those seeking a brighter, more light-hearted alternative to the pervading gloom and near-suicidal despair of recent Nordic crime drama, the sun, sea and stunning Sicilian scenery of Inspector Montalbano must seem like a welcome change. Adapted from the bestselling novels by Andrea Camilleri, Inspector Montalbano features Luca Zingaretti as the macho sleuth, for whom solving crime is merely a distraction from indulging in the more simple pleasures of life.

Inspector Montalbano has an undeniable and quite deliberate old-fashioned charm, clinging reverently as it does to a rose-tinted view of an Italy that has probably never existed. Whenever this nostalgia-infused idyll is disturbed by the murder and corruption of modern society, we are assured that Salvo Montalbano will eventually save the day. Outdated and a bit naff, it is in fact just like TV’s Heartbeat or Midsomer Murders, but with a permanently-horny detective and a pleasing array of exotic Mediterranean landscapes. 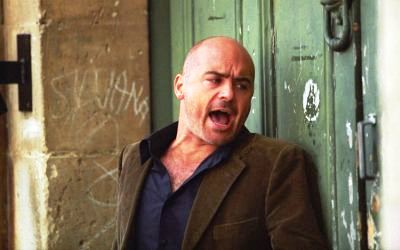 The show’s most damning crime, however, is not that it sticks to a conventional, well-trodden path, but that it does so while lacking any kind of flair or strong narrative drive. On paper the story-lines sound intriguing enough. In Excursion to Tindari, an elderly couple are reported missing after a mysterious day trip, and Montalbano and his team must find out how they are connected to both a murdered computer hacker and the Mafia. Then, in the episode The Artist’s Touch, a reclusive goldsmith is found dead in what could either be murder or the world’s most elaborate suicide.

However much potential there is in each premise, the execution remains unsatisfying because there is very little build up or suspense. Romantic subplots and clumsy attempts to inject humour certainly don’t help with this, but it is principally the unhurried, leisurely pace of the main murder plot and the fact that there is no real sense of urgency even in the investigation scenes that stops Inspector Montalbano from ever being truly engaging.

Zingaretti puts in a convincing performance as the grumpy detective with a heart of gold, and it’s to his credit that Montalbano mostly appears as suave and charming rather than shallow and sleazy. Other characters unfortunately do not fare so well, with Montalbano’s colleagues at the police station, such as his deputy Domenico ‘Mimi’ Augello (Cesare Bocci), presented as bland, obtuse, and barely distinguishable. Inspector Montalbano is thankfully unpretentious and doesn’t take itself too seriously, but it’s also an underwhelming drama without depth and devoid of spirit.