This week sees the DVD and Blu-ray release of Austrian screen actor Karl Markovics’ assured and powerful directorial debut feature, Breathing (Atmen, 2011). The film follows Roman Kogler (played brilliantly by newcomer Thomas Schubert), a 19-year-old young man who has spent the last five years in a juvenile detention centre, until a job opportunity working in a Viennese morgue slowly begins to help our protagonist back towards the real world. Earlier this year, at the time of Breathing’s cinematic release, CineVue caught up with Markovics to chat about his ﬁrst excursion into directing and discuss how he came to ﬁnd himself sitting behind the camera after spending so long in front of it.

Patrick Gamble: I’m sure this is a question you’re probably tired of hearing so let’s get it out of the way. Why did you decide to move from acting to directing?

Karl Markovics: I was thinking about it for a long time but it took me a while to come up with the courage. However, I never thought the stories I was writing were ever strong enough for a play or a screenplay. At the end it was my wife who encouraged me to at least ﬁnish one story and then throw it away – not throw it away before I’ve ﬁnished with it. I showed Breathing to her and she encouraged me to continue with it.

PG: So for you what were the main differences between the creative process of preparing for a role to perform and directing?

KM: It was a different challenge but there weren’t any surprises as it wasn’t completely new to me as I was always thinking that one day I would do more than just acting. So when on the movie set I would be watching what the director does, what the director of photography would be doing and everyone else. When I started I began in an avant garde mime theatre company in Vienna in the early eighties. It was great because as a mime theatre you could travel around Europe with out any restrictions. We did everything from helping with the costumes to unloading the truck so I was used to having to know everything which was going on – I was constantly fascinated with the whole process. 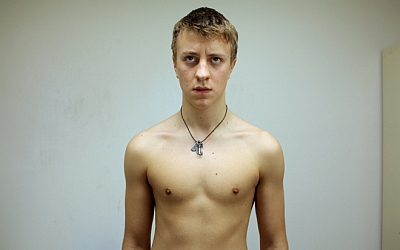 PG: After making Breathing, how are you going to cope with your next acting role? Surely it’s going to be difﬁcult not being so hands-on?

KM: That’s right, in fact I’ve already had this experience last year after Cannes whilst working on a Dutch ﬁlm in Romania set during the second world war. It was a really strange experience because I felt like I had nothing to do, especially as a movie actor you often work for 20 minutes then have long periods of waiting around.

PG: You must ﬁnd that incredibly frustrating?

KM: Indeed in this case it was, yet sometimes it’s worse when you’re working with a mediocre screenplay or director. You spend you’re time thinking I would do this differently, or I could do this better with out all of this preparing.

PG: Are you good at keeping your views to yourself whilst you’re there, or do you like to voice your opinions?

KM: Yes of course you have to keep your thoughts inside, you can’t get in the way of somebody else’s work however hard that might be.

PG: Breathing certainly has its own distinct style, but are there any directors you’ve worked with (or just directors you admire) who’ve inﬂuenced your work?

KM: Not in anyway that I wanted to make a ‘tribute’ to anyone’s work, the look was very much inﬂuenced by the preparation between myself and the director of photography. We spent a lot of time working on the scene’s and combining our minds to create our own look. There are no accurate references to ﬁlmmaker, probably because I’ve never been to ﬁlm school or acting school so I’ve never really learnt any ‘set techniques’ or styles.

PG: Thomas Schubert’s performance in the ﬁlm is incredible, did you offer any help to him from you’re own experience or did it happen naturally? 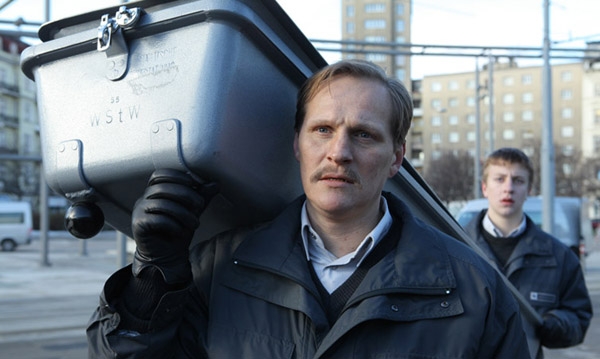 KM: I tried to avoid helping too much. He had never acting before and I was aware that you can sometimes try ‘too hard’ to create a character. It helped that there was no pressure or negative tension whilst making the ﬁlm so we just pushed to offer 100% minimum and do the best we can – with everyone realising that they owe it to themselves to give their best to the work.

PG: There’s a lot of symbolism within the ﬁlm and it’s also sparse on dialogue – what would you say was the overriding theme you were trying to get across?

KM: Empathy, it’s all about empathy.

PG: The swimming pool scene in particular is quite striking (also used in the ﬁlm’s poster) could you explain a little more behind the meaning of these scenes?

KM: I did some research and found out that they had a pool in the detention centre where the ﬁlm was set and made it part of the screenplay. I loved it because it added a new element into the movie, water is a metaphor for many things such as life and birth but on the other hand it also stands for danger. It’s also in the movie as it stands for ‘Hell being other people’ and it’s Roman’s escape from these other people.

PG: What’s next in store for you and will the pressure from the success of Breathing be something you’ll be aware of?

KM: Yes I have something lined up and I hope to ﬁnish by next year, as for the pressure this is not a word I personally think too much about.

Win a Blu-ray copy of Karl Markovics’ directorial debut Breathing with our brand new competition. Follow the link to enter.