★★★★☆
Austrian screen actor Karl Markovics (best-known for his turn as Salomon ‘Sally’ Sorowitsch in Stefan Ruzowitzky’s 2007 Academy Award-winning The Counterfeiters) marks himself out as a director to watch with his compelling directorial debut, Breathing (Atmen, 2011). Following the daily life of an inmate at a juvenile detention centre – though never straying into gritty prison drama territory – Markovics orchestrates a brilliantly subtle character study of a stoic, reserved orphan coming to terms with maternal rejection.

Remarkably assured newcomer Thomas Schubert plays Roman Kogler, a distant 19-year-old serving porridge after accidentally killing a boy during a brawl in his earlier years. Consistently put forward for probation – and continually denied due to his blasé demeanour – Roman is faced with a life behind bars unless he can hold down a meaningful job. Eventually finding himself working at the municipal morgue in Vienna, Roman slowly warms to the solitude he finds amongst the dead. However, one day our protagonist is faced with a dead woman who bears his family name, propelling him into discovering the fate of his estranged birth mother. 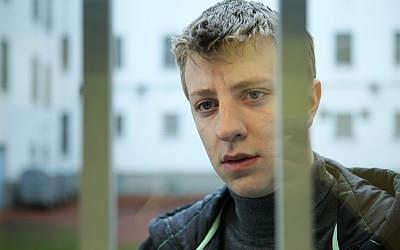 Able to extract the maximum possible drama and intrigue from the smallest and most subtle of scenes, Breathing feels more like the third or fourth feature from an established filmmaker, rather than an inaugural effort. Significant praise should go to Schubert, who is undeniably excellent as the sheepish Roman, performing as if the weight of the world was upon his shoulders each and every time he’s in front of camera. Karin Lischka is a similarly watchable presence as an agent from Roman’s past, visibly wracked by her own unassailable sense of personal guilt.

However, near-top marks should go to Markovics on this occasion, proving himself as adept behind the camera as he is infront of it. In a previous interview with the site, the Austrian has claimed that his first film was a long-time coming mostly due to the fact that he didn’t think that any of his ideas were “strong enough for a play or a screenplay.” Fortunately, Breathing managed to avoid both the digital recycle bin and the stage, emerging triumphantly from limbo as one of this year’s most striking debuts.

Both Markovics and Schubert pass this first cinematic test with flying colours, successfully proving that not all juvenile detainees are chisel-wielding, psychopathic rapists. Breathing is a quiet yet powerful drama about living with one’s own mistakes, in the hope that redemption will one day appear as an attainable goal on the horizon.

Win a Blu-ray copy of Karl Markovics’ directorial debut Breathing with our brand new competition. Follow the link to enter.