The tale of the tragic hero Jean Valjean explores a multitude of themes, but at its core is a beautiful love story that will have cinemagoers weeping in the aisles. Based on the much loved book by Victor Hugo, Les Miserables is no stranger to film adaptation, having been made for the cinema over twenty times previously, starting in 1935. Of course, Les Mis (as it is affectionately known) is best known for the stage adaptation that has been running for over 27 years, making it the longest running musical of all time. 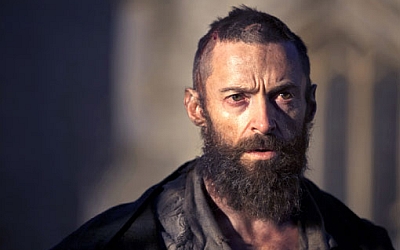 Adapted from the novel by Claude-Michel Schonberg and Alain Boubil, it features many well known and much loved songs including I Dreamed a Dream and One More Day. Viewed by over 60 million people in 42 countries, Hooper has a daunting task of bringing the musical to the big screen, as legions of fans anticipate the release with high expectations already in place.

A new video featurette, in which cast members discuss the production, gives audiences the chance to see what will be distinctive about Hooper’s take on the musical. For the first time, characters will be singing live whilst recording (a task few actors would relish), breaking away from the usual method of pre-recording the album and miming along during filming. In the video we get several examples of heartfelt performances from the cast, including Hugh Jackman providing a few bars in his dulcet Aussie accent.

Whether the film will be a critical success remains to be seen, but already evident are the lavish production values and a great ensemble cast featuring some of the best talent working today. As audiences eagerly anticipate January 11th we can at least content ourselves for now with this tantalising glimpse of Tom Hooper’s Les Miserables.