Over the past two years BAFTA have invited many of the finest screenwriters working today to discuss their methods and projects. Past guests at these prestigious talks have included William Nicholson, Charlie Kauffman and Armando Iannucci. This year the lecture series continues with a an equally impressive selection of screenwriters from both the UK and US, kicking off with the much loved national treasure that is Oscar-winning writer Julian Fellowes.

Taking to the podium the jovial (and a little rotund) Fellowes set the tone of the evening with a gentle jab at Americans attempting plummy English accents, after the audience had watched a show-reel of the writer/director’s impressive oeuvre. These days Fellowes is best known as the writer of the monumentally successful worldwide export that is Downton Abbey, a period drama that charts life both upstairs and downstairs on a grand British estate. Yet it was with Gosford Park (2001), directed by Robert Altman, that Fellowes first came to widespread critical attention, scooping the Oscar for Best Screenplay at the 2002 awards. 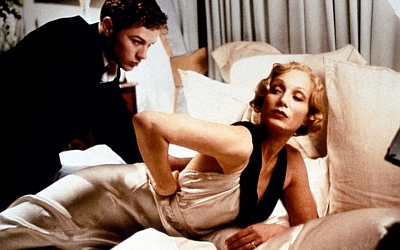 As he recounted in his lecture, he had being ploughing away at screenwriting since abandoning his career as a novelistic writer in the late 1980s. Fellowes was employed at the BBC where he adapted many children’s classics including Swallows and Amazons and Little Lord Fauntleroy. As well as screenwriting he is also responsible for two bestselling novels; Snobs, a jovial poke at the British upper-class and Past Imperfect, which charts the quest of a dying man to find his heir. Not to mention his adaptation of P.L. Travers’ Mary Poppins for Broadway.

The lecture was full of the wit that Fellowes is well known for, as he recounted how fortunate he was to be picked up as a writer who had no formal training. Ever self-deprecating (referring to himself as a “little fat writer”), he kept the audience in rapt attention as he talked generally of his work, his appointment to the House of Lords and his role on the Film Council review committee. There were also moments where a humble, yet comically pompous, Fellowes adopted a more serious tone, discussing the importance of knowing your own limitations and taking responsibility for your actions.

Whilst Fellowes has had tremendous success both as a director and writer for TV, theatre and film, he remains cautious, stating that he is “more fearful than ever” of his hour in the spotlight being up. Naturally, the moment of self reflection was quickly followed by a torrent of witty one liners and anecdotes, and so proceedings ended on a jovial note. The audience of fans, wannabe screenwriters and admirers left sure in the knowledge of what a fine fellow he is.