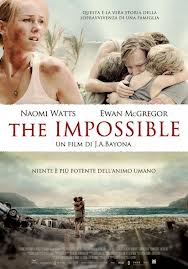 Five years after making a powerful impression with terrifying ghost story The Orphanage (2007), Spanish writer and director Juan Antonio Bayona turns his attention to the tsunami that wreaked havoc on thousands of unsuspecting victims on December 26, 2004. Though not an immediate horror, The Impossible (2012) shares several similarities with The Orphanage, most prominently in the deep-rooted terror that pervades its entirety. Henry (Ewan McGregor) and Maria (Naomi Watts) take their three children – Lucas (Tom Holland), Thomas (Samuel Joslin) and Simon (Oaklee Pendergast) – on a Christmas holiday to Thailand.

What starts as a relaxing escape from their busy lives quickly and unexpectedly descends into chaos when a rippling tsunami tears through the landscape and threatens to swallow them alive. Based on the real life efforts of one families efforts to survive the unimaginable, The Impossible recounts the catastrophe and its aftermath in excruciating and ruthless detail. The setup is brief and infused with a sense of disquiet, with screenwriter Sergio G. Sanchez instead opting to throw the family, along with the audience, head-first into the brutality and chaos without delay. 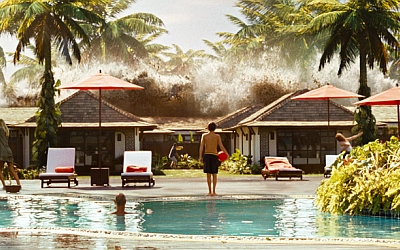 It’s a method that not only underscores the velocity in which disaster struck (the fact an innocent swim can so quickly turn into a desperate fight for survival is terrifying), but also the savagery brought on both the landscape and the family at its core. Ferociously torn apart, and ripped to near shreds by debris, piercing tidal waves and dehydration, The Impossible is the tortuous account of what the Belon family endured to prevail. Though captured through the eyes, tortured facial expressions and painful screams of the Belons (the film is mercilessly light on saccharine dialogue), the scope of the destruction is never avoided, with cinematographer Oscar Faura capturing the destruction with superb, yet distressing accuracy.

It’s all superbly acted, with Watts especially delivering a powerful performance as a woman and mother left battered, bruised and forced to rely on the intrepidity of her eldest son, Lucas, for protection and care. Holland is a true discovery as Lucas, whilst Joslin and Pendergast manage to beautifully capture the fear and uncertainty of an unbelievable nightmare that has tarnished their innocence forever.

When it enters its third act, the film unfortunately becomes too much of a tearjerker and questionably skirts around the impact the disaster has had on others’ life. But this is a true story, and for Bayona to have constructed something that’s imbued with so much reality and gut-wrenching emotion, The Impossible is far more of a stunning, unnerving winner than it is a try too hard and manipulative cash in.