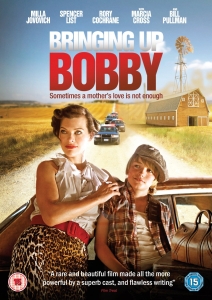 Feature films from directors who attempt the crossover from acting can often be terribly hit and miss. It doesn’t always follow that because you know how it works in front of the camera, you can automatically transfer the skills to the other side. As a result, Bringing Up Bobby (2011) – the directorial debut of Dutch actress Famke Janssen starring Milla Jovovich – is a refreshing surprise, and far more accomplished than you might expect. Olive (Jovovich) is a small time con-artist from Eastern Europe. In an effort to start anew she has come to America to find a better life for her and her young son Bobby (newcomer Spencer List). 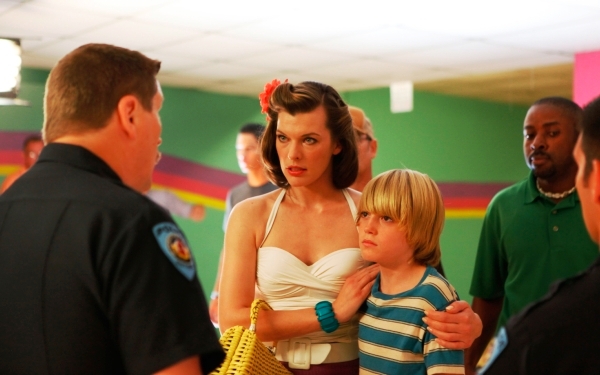 Unfortunately, it’s difficult for a leopard to change its spots and Olive’s shady past eventually catches up with her, with devastating consequences for her and Bobby. There are several surprising elements to Bringing Up Bobby – such as its competent cast and vibrant aesthetics – which on their own may not have amounted to much, but brought together produce a visually arresting and thought-provoking piece of entertainment.

American-Ukrainian actress Jovovich is not, if honest, known for roles of depth, having built a career in films such as Resident Evil (2002) and Ultraviolet (2006) where her previous job as a model was probably as important as her acting skills. As a result, her part here as the con-artist with a heart – who, though misguided, genuinely believes she’s doing the right thing for her son – is a breath of fresh air both through the sheer unexpectedness of the role (and the fact it shows that Jovovich can act, and act well). Equally memorable is the young List as Bobby, Olive’s wayward offspring, who’d be able to teach crooks twice his age a few things about staying on the wrong side of the law.

Just as important is the film’s visualisation of the sparseness of rural America, given life by cinematographer Guido van Gennep, who makes the minimalist settings spring from the screen in a palette of vibrant primary colours. Fittingly, Bringing Up Bobby is a vivid depiction of small town America and the difficulties it throws up for people attempting to enter it from the outside, as well as those for whom it is already a way of life. Though no masterpiece, the film displays a promising new path for Janssen should she decide to direct again.

Bringing Up Bobby is out now on DVD, courtesy of Matchbox Films. Buy your copy from Amazon here.