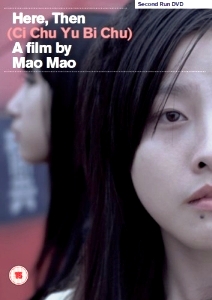 Awarded the Best International Film prize at last year’s Edinburgh International Film Festival over Dan Sallitt’s The Unspeakable Act and Miguel Gomes’ marvellous Tabu, Chinese director’s Mao Mao’s Here, Then (2012) finally gets a UK release this month thanks to world cinema distributor Second Run. An almost impenetrable study of the disenfranchisement of youth, Here, Then is a film which rewards patience and an analytical appreciation of cinema. In a remote Chinese village lies an entire lost generation of youngsters, each patiently waiting for their fate to roll around the corner and send them in the right direction.

However, with each day as monotonous as the last, their lives appear to amount to little more than simply prevailing against the weariness of this secluded lifestyle. The existence of these seemingly unrelated lost souls all become interconnected through a series of chance encounters, fuelled by sexual desire, boredom and even the loss of a cell phone. However, attaching a cohesive narrative to Mao Mao’s Here, Then would be implying there is a story to be told – when instead, what we have is a strangely alluring portrait of the disillusionment of China’s youth. 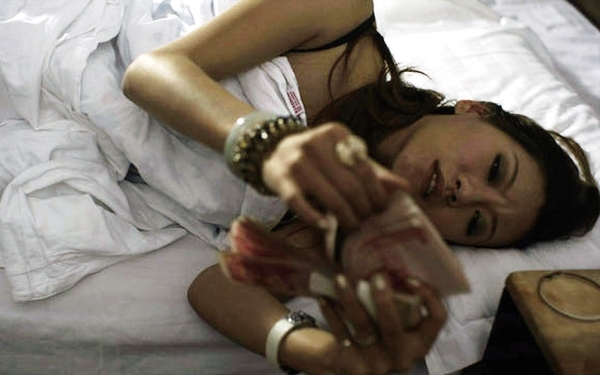 Utilising elegant long takes, the confident cinematography of Liu Ai Guo successfully weaves these seemingly unrelated narrative strands into one sparse realm of alienation. Detached from both the action and the characters on screen, Mao Mao continues a recent trend in Chinese cinema of creating films which deftly enter the oblique ponderous space of our subconscious, allowing us to consider each minute action as we attempt to delve into the roots of this character’s anxieties. Thankfully, this meditative approach proves successful. Here, Then is a film scarce of dialogue and even more deficient in drama, but there’s a rhythmic poetry to these unhurried passages of time that entrances and absorbs.

Gliding in and out of these strangers’ lives, the emotional distance eventually becomes quite hypnotic. One scene in particular, where Mao Mao forces us to observe a rape, is particularly mystifying. Something so repugnant and ugly is stripped of meaning, with this brutal example of carnal human behaviour distilled through this cold filter of cynicism that it evokes the same cold dispassion you’d expect from watching someone else play solitaire.

Symbolism and elliptical editing are used at their most extreme to make the myriad of different spatial and temporal planes collide. A masterfully fashioned examination of the directionless state of Chinese youth, Mao Mao and Here, Then’s depth of focus not only manages to capture the beauty behind this barren series of desolate townscapes – it also captures the hollow sense of emptiness shared by each of the film’s characters.