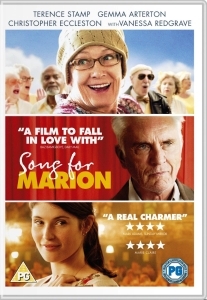 Cashing in on the current craze for ‘Grey pound’-targeted filmmaking – heralded by the success of The King’s Speech (2010) and The Best Exotic Marigold Hotel (2011) – Song for Marion (2012) arrives boasting a robust cast and a supposedly heart-warming story about the celebration of life and the joys of spontaneity. Directed by Paul Andrew Williams, who here veers away from the darker, moodier qualities of previous films such as London to Brighton (2006), the film is an admirable attempt at bringing insight into the simultaneously tranquil and devastating effects of old age – yet becomes congested by sentimentality.

The remarkable Vanessa Redgrave stars as the titular Marion, a vivacious, spunky older woman whose terminal cancer doesn’t stop her from attending and remaining a treasured member of her local choir, who – under the guidance of Elizabeth (Gemma Arterton) – go by the name The OAP’Z [sic]. Marion’s husband Arthur (Terence Stamp) is a curmudgeonly and irritable man plagued by the prospect of inevitably losing his beloved wife, on whom he dotes incessantly. 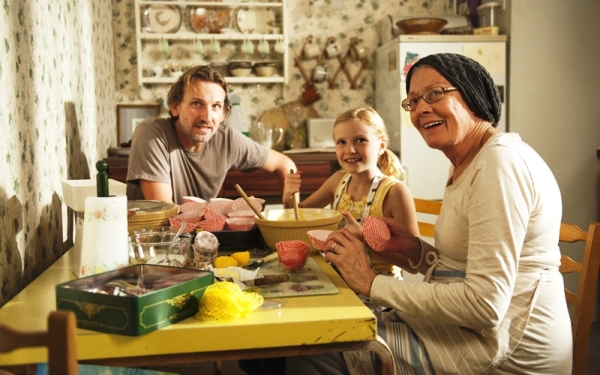 Though Stamp’s Arthur continues to discourage his beloved Marion from her singing and remains imprisoned by his own inability for self-expression (not to mention an ailing memory), events conspire to put him on a road to redemption as he challenges himself to find his voice, make amends with his estranged son (played by Christopher Eccleston) and learns to truly live in the moment. Sadly, despite momentary flashes of perception, where Redgrave and Stamp – who share an effortless chemistry – fully exemplify a couple both battling an overwhelming evil and living constantly on the verge of separation, Song for Marion is a limply assembled and hectic perusal through the trials and tribulations of old age.

Where a simple depiction of Marion and Arthur’s dwindling time together would have built upon the various intimacies already on show here, Williams’ screenplay overstuffs the narrative. Is it a story about a marriage beset by disease, or the tale of a man thawing and reaching out to humanity at a time of sorrow? Williams’ latest isn’t really sure, and ends up being an amiable concoction stifled by shameless tear-jerking. Instead of serving as a backdrop to the overarching story, the subplot concerning the choir distracts and waylays the film, particularly in its generically plotted third act that shares far too many similarities with Sister Act 2: Back in the Habit (1993).

The tenderness of Song for Marion’s first half gives way to the trivial hypothesis that seems to believe that having old people rapping, doing the robot and singing Salt-N-Pepa’s Let’s Talk About Sex equates to endearing British humour. Much like Dustin Hoffman’s directorial debut Quartet (2012), to which this is comparable, Williams feels the need to capture old timers swearing and being generally childish, sitting awkwardly within a film that’s ultimately just about growing old gracefully.