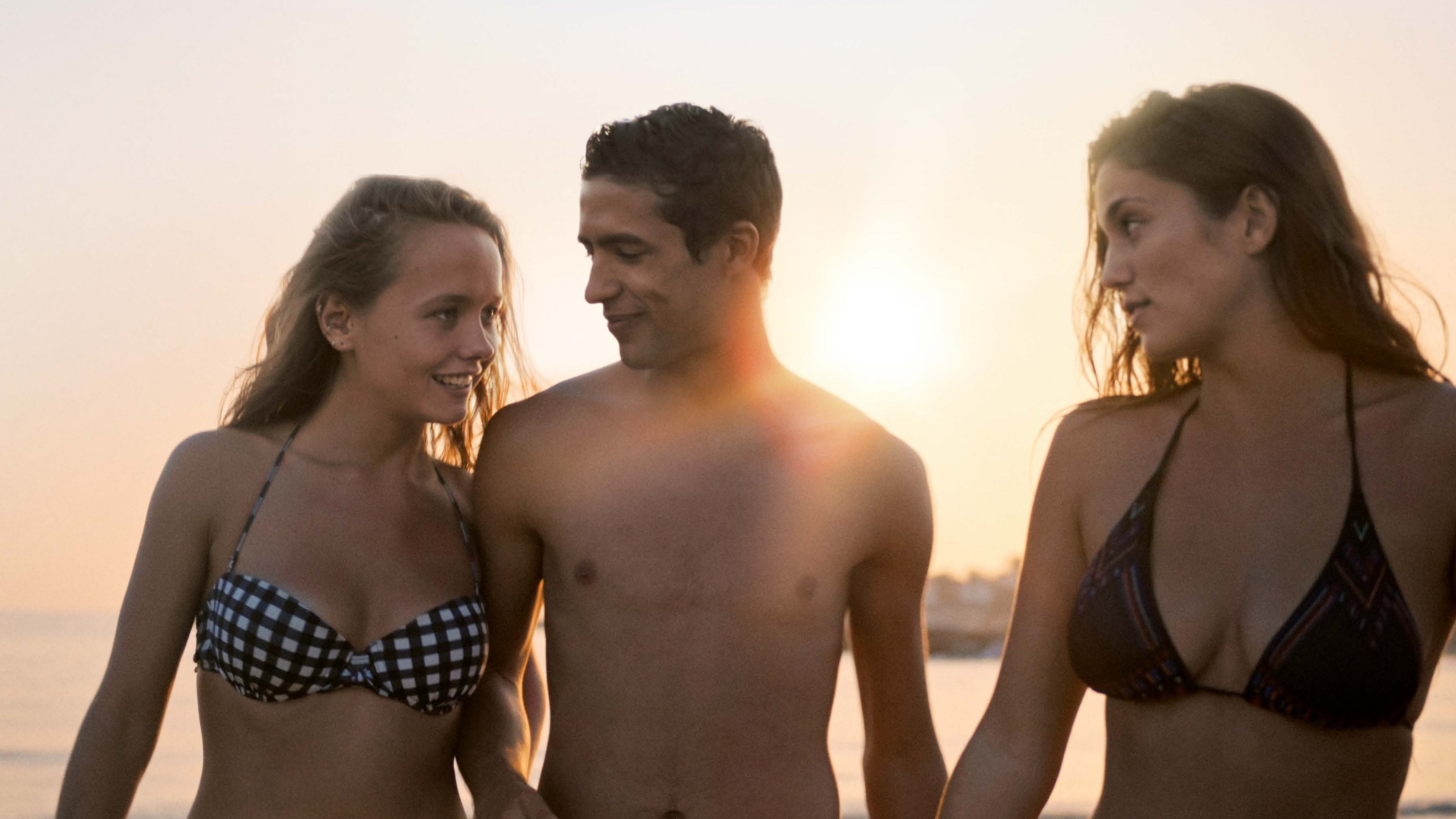 Blue Is the Warmest Colour director Abdellatif Kechiche’s Mektoub, My Love finally arrives in UK cinemas this week, over a year after its Venice premiere back in 2017. It’s a beautiful, sun-kissed film – as warm as August and almost as long. “I have all the time in the world,” says Amin (Shaïn Boumedine), the protagonist of Mektoub, My Love. Never has a truer word been spoken.

Clocking in at just over three hours, it’s a lazy summer afternoon of a movie. Based – extremely loosely – on the novel La Blessure La Vraie by The Class writer François Bégaudeau, Kechiche and fellow screenwriter and partner Ghalya Lacroix have weaved an immersive experience of seaside, sand, food, discos, family, friends and sex. It’s August 1994 and Amin returns from Paris for his holidays to the small Mediterranean seaside town of Sète. Reversing expectations, the sex comes right at the start and the tantalisingly deferred desire will hum through the rest of the film.

On visiting Ophelie (Ophélie Bau), he spies her in the midst of an illicit tryst with Tony (Salim Kechiouche) to the sound of – most shockingly – a Neil Diamond song. It’s an explicit, protracted scene and, although the shy Amin will avert his eyes, Kechiche gets up close. Despite sex with Tony, Ophelie is engaged to be married to her perennially absent soldier boyfriend. To evade scrutiny from the close-knit community, Ophelie encourages Tony to have fleeting affairs and so allay suspicions. Or at least that’s what she thinks. Chances are he’d be doing it anyway. He has a roving eye and a polished chat-up technique as we see when he and Amin pick up two girls Celine and Charlotte at the beach, played by Lou Luttiau and Alexia Chardard respectively.

Many scenes play out in real time. We sit on the beach, chat and joke. The girls are taken to the restaurant which Tony manages along with Amin’s parents and a dizzying number of relatives and friends are introduced. It’s intimate, funny, confusing and, occasionally, frustrating as you wait for them finally to get to their table and order some food [spoiler: they never do]. Fans of Kechiche’s 2007 offering Couscous will get it. Everyone knows everyone else and everyone else’s business. A running joke is the fact that Tony and Ophelie’s affair is an open secret, despite their nervous precautions. Ophelie confides in Amin, while at the same time flirting with him. In fact, everyone flirts with everyone. And the older generation looks on with approval.

Amin’s mum encourages him to have fun and get outside. But Amin is an enigmatic character, perhaps gay; perhaps the obscure object of desire himself, steadfastly refusing all romantic overtures. When he asks Ophelia to post nude for some photos, he’s really interested in the photos. Kechiche isn’t so coy and Marco Graziaplena’s camera roves, a lascivious gaze, lapping up the sunkissed flesh. Passions fizzle, partners are swapped and Charlotte is disappointed, having naively taken Tony’s words on face value. But she’s the exception. For the rest, the film is polymorphously perverse in its fizzing sexuality and a final trip to a nightclub hovers interminably on the very lip of a full blown orgy, which like the food, never comes.

Kechiche’s sixth film is an expansive drifting experience that will leave some audience members behind. This is especially true of that long disco sequence which perfectly replicates the feeling of being the only sober person in a nightclub of over-sexed revellers. The film is determinedly anti-dramatic. There are no arguments, no fights, parents like their kids and no one gets a hangover. Likewise, the enigmatic Amin seems remarkably free of angst. As a photographer and would-be screenwriter, Amin is a possible stand-in for the filmmaker, but the saucy girl-grabbing uncle is more representative of the upskirt lewdness Kechiche occasionally exhibits.

Nonetheless, Mektoub, My Love is an often beguiling work, drenched in beauty and humour and an inclusive warmth. In one magical scene, Amin visits the sheep farm run by Ophelia’s folks and waits patiently all day to witness a lamb being born. It stands as an analogy of the film itself. Hang around long enough and life itself happens before you. In Amin’s case, it happens twice.