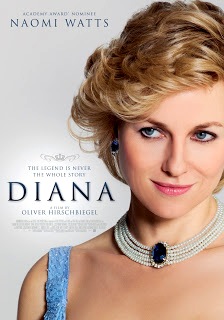 Eyebrows were raised when German filmmaker Oliver Hirschbiegel – best-known for depicting the final days of Adolf Hitler in 2004’s acclaimed Downfall – was announced as the director of a new feature focusing on the last two years in the life of Diana, Princess of Wales. Undeterred by his naysayers, Hirschbiegel pressed on with production, and next week unleashes his Diana (2013) onto the unsuspecting general public. Yet, few could have predicted the bizarre, staccato rendering of the “People’s Princess” Hirschbiegel offers, with Stephen Jeffreys’ ripe screenplay more suited to pantomime theatre than serious cinema.

Bookended by the fatal Parisian car crash that claimed the Princess’ life on 31 August, 1997, Hirschbiegel’s Mills & Boon-esque misfire centres on the romance between Diana (Naomi Watts) and Pakistani surgeon Dr. Hasnat Khan (Naveen Andrews) following her separation from the Prince of Wales. Distraught by her treatment at the hands of the Windsors, Diana throws herself headlong into this latest whirlwind affair, whilst ducking and diving the lenses of the following paparazzi. However, when Khan’s Islam faith and family values threaten to derail the pairs’ future, our head-strong heroine soon finds herself in the opulent arms of Dodi Fayed (Cas Anvar). 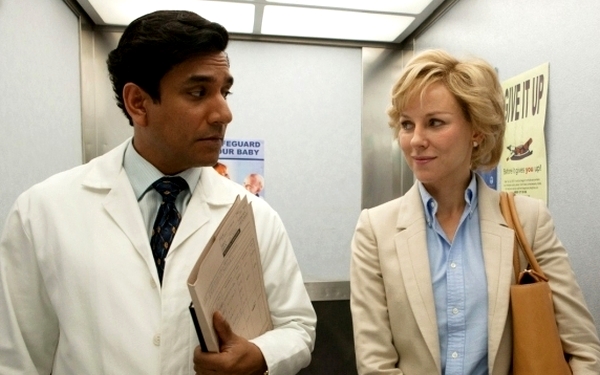 Before the painful business of cutting to the quick, it’s probably worth dispelling the idea that Hirschbiegel’s film is actually concerned with the Diana-Khan-Fayed love triangle – or, indeed, anything outside of her relationship with Khan. The Princess’ ‘humanitarian efforts’ feel tagged-on at best, whilst her apparent love for her children is restricted to a handful of throwaway references. An enormous amount of artistic license (if you can call it that) seems to have been taken by Hirschbiegel and Jeffreys, to the point where Watts’ fool-hardy portrayal becomes more grotesque caricature than loving tribute. “Yes, I’ve been a mad bitch,” our scatty Diana confesses to a nonplussed Khan in one particularly cringeworthy scene. Quite.

Rest assured that the above is just one momentous drop in an ocean of appallingly trite dialogue, with Andrews’ Khan, more often than not, the main offender. His Liverpool FC-loving expert on matters of the heart (both inside and outside the operating theatre, as it transpires) would feel perfectly at home in any number of Richard Curtis-inflected offerings, but here comes across as one of the most unappealing love interests seen on screen since the late Sid James laughed his way into the great beyond. Whether intentional (unlikely) or otherwise, there are further moments when Hirschbiegel’s train-wreck screeches into Carry on Diana mode, often evoking hearty guffaws in between the film’s poorly-conceived, jaw-dropping attempts at something approaching humour.

Putting aside its atrocious script, soppy romanticism and miasma of misjudged performances, it’s difficult to decipher who exactly Diana is being targeted towards. Admirers of the dearly-departed Di could well find cause for outrage in the liberties taken by Hirschbiegel and company in presenting her tumultuous personal life, while Private Eye-reading anti-royalists are unlikely to cough up the admission fee to watch a camp, hammy two hours of idol worship for an individual who held next to no significance for them in the first place. At best inconsequential, and at worst bordering on the incendiary, the knives are rightly out for this blundering biopic.