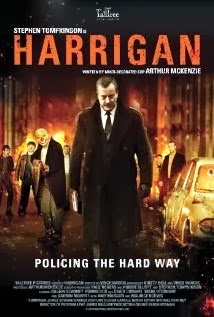 ★★☆☆☆
The very fact that the lead star of Vince Woods’ hardboiled, alternative seventies crime drama Harrigan – British actor Stephen Tompkinson – is best-known for his work in several prime-time TV dramas gives a fair indication of the scale of this low-budget first feature. That’s not to say that Woods lacks ambition; Harrigan is, for the most part, a serviceable genre piece that skews history for its own means, creating a northern dystopia rife with criminality and racial distrust. Unfortunately, such world-building exercises often require a certain level of funding, and there’s something undeniably televisual about proceedings. 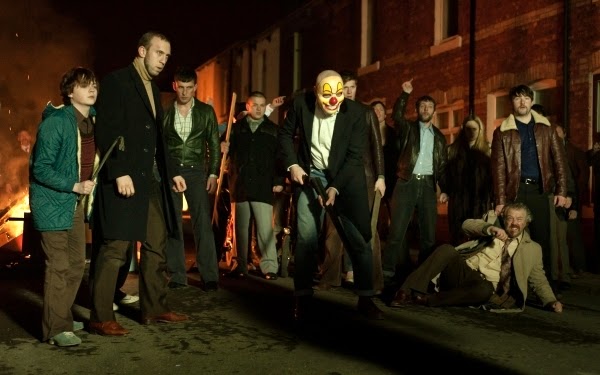 Following an ill-fated stint fighting corruption in British-held Hong Kong, self-styled detective Harrigan (Tompkinson) returns home to Newcastle to find not only the city but the entire country up to its neck in economic woe and social disorder. As the maverick cop rejoins his former constabulary, he finds the force on its knees in the face of widespread gang violence and mob rule. Now under the command of the once-subordinate Larson (Mark Stobbart), Harrigan struggles to break free from the rules and regulations thrust upon him, leading him to take the law into his own hands. When the body of a young girl is found and a friend brutally beaten to death by a local posse, our hero heads out to apprehend those responsible.

As you can probably gather from the above, Woods’ Harrigan is ripe with film noir tropes and mythology, echoing both the Philip Marlowe classics of old as well as more modern appropriations of the genre (even including Lars von Trier’s enigmatic debut The Element of Crime). What it doesn’t do, unfortunately, is build on such past high watermarks. With the UK having only recently pulled itself out of its latest recession, the subject matter on offer here is certainly topical, but never really feels like anything more than a contrived catalyst to drive its collection of unhinged characters into direct conflict. There’s also an admirable attempt to address the racial prejudice of the Enoch Powell, though it does come across more than a little clumsily.

Far superior – in sheer intent at least – than a great swathe of comparable British crime dramas released each and every year into UK cinemas, Harrigan would have sat much more comfortably as a one-off telly drama on a rainy Sunday night, attracting the same type of audience that fell so hard for the dated high-jinks of the Beeb’s popular seventies cop series Life on Mars. As it is, however, it’s difficult to see Woods’ debut making a mark in next week’s box office reports before finding its natural home on DVD, where hopefully it will gain the small cult following it probably just about deserves.