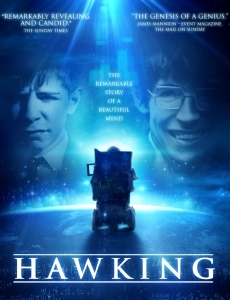 When celebrated British physicist Stephen Hawking was at school, he was nicknamed “Einstein” but only considered to be at about the middle of his class; he likes to think they were a pretty clever class. Anecdotes and observations pepper Hawking (2013), an autobiographical documentary written and narrated by the man himself and compiled by filmmaker Stephen Finnigan. Conventional in terms of form it may well be, but it does manage to harness its subject’s brio into an endearing and familiar portrait that gives both a brief glimpse of his glittering career and a deeper inspection into the mind behind it. 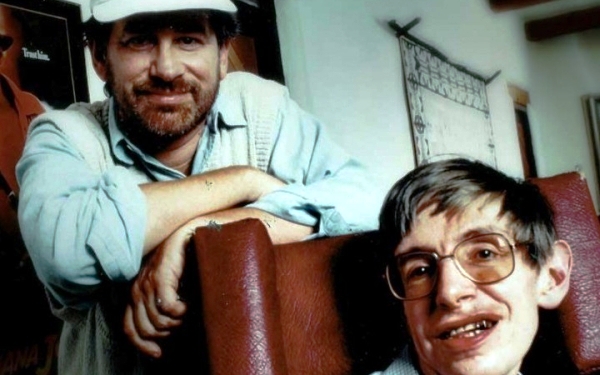 Stitching together interviews with close friends, family, colleagues, and students along with new footage and archive snippets, Finnigan’s biopic looks at the breadth of Hawking’s life. Beginning with his intellectualist family upbringing, Stephen was a contemplative boy who grew into a party-going undergraduate at Oxford. Despite placing more emphasis on socialising that studying, he just about ended his time at University College with a First Class degree amidst the onset of his now-famous motor neurone disease. Depression followed but the love of his first wife, Jane, spurred him on to work harder during his PhD at Cambridge; as debilitation increased, so too did his reputation and recognition.

Since then, he has made incredible contributions to the world of theoretical cosmology, with particular advancements in black-hole theory. This astronomical academic standing has also seen his star rise as a scientific celebrity while his physical condition has continued to deteriorate. In one instance, Hawking questions whether he is as notable for his work as he is for his wheelchair and computerised speech. The film lauds his theorems and explores his disabilities, but avoids being just simply A Brief History of Stephen Hawking. Finnigan’s doc is far more concerned with providing insight into the man than reeling off his professional accomplishments.

This leads to revealing juxtaposition between the globe-trotting celeb, the ever questioning mind, and a clearly challenging home life; all are given voice by candid reflections from now ex-wife Jane, and Hawking himself. It’s in the moments of quick wit and joie de vivre that the film really gives a touching glimpse into the life. A trip to experience zero gravity is a delight, as are the cosmologist’s own remarks about champagne receptions, and his desire to experience space. Taken on its merits, Hawking serves as a useful introduction to – and a touching, intimate portrait of – its remarkable subject.