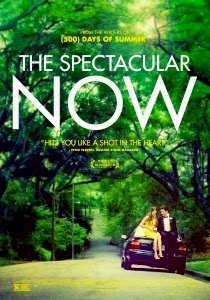 Director James Ponsoldt delivers on the promise of 2012’s Smashed with The Spectacular Now (2013), a brilliant fin-de-siècle teen film that’s soaring, heartfelt and encouragingly devoid of any unwarranted sentimentality. It’s a film that’s truthful and frank while remaining firmly within the bounds of cinematic grammar. The ace up the film’s sleeve is its young star Miles Teller who is a revelation as the lackadaisical teenage alcoholic; one can almost see the fading promise of youth in the brittleness of his brash confidence. Teller plays Sutter Keely, a high school senior who feels his best years are coming to an end. 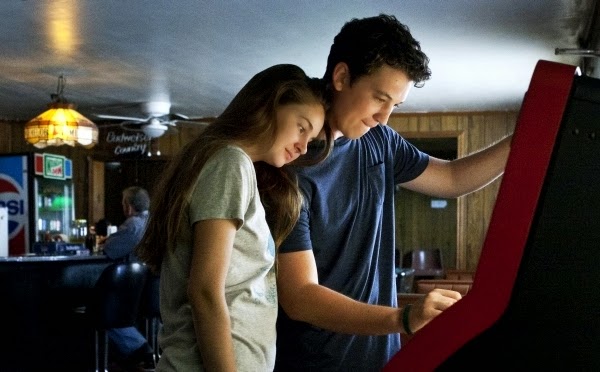 After his girlfriend leaves him, Keely becomes friendly with Aimee Finecky (Shailene Woodley), an intelligent but inexperienced classmate beholden to a demanding mother. At first, they bring out the best in each other but, as romance develops, the weight of the uncertain future begins to bear down on Sutter. Teller plays Keely as a teenage Falstaff. He’s a joker revelling in the bacchanalia of youth, but he also has rare insight into the impending hopelessness of his situation, which he approaches with a mixture of wit and unassuming acceptance. Adulthood is a dead-end before it’s even begun. For such a realist, Keely has a keen sense of fatality, believing himself to be doomed by the path scorched by his absent father.

The Spectacular Now may initially seem familiar, but that is simply the result of using recognisable tropes of the coming-of-age teen film to eke out a sense of emotional weight and melancholy that’s often absent in the genre. The relationship between Sutter and Aimee is beautifully handled, especially as the pair drift into co-dependence and the initial advantages it yields leads Aimee to take on Keely’s worst traits. The picture hits as hard as it does because it demonstrates how the intensity of teenage love can sow the seeds of unhappy marriage through the gradual erosion of ambition and hope.

Many films can show the rush and compulsion of young love as an antidote to teenage alienation, but very few connect that to the wider implications. Our characters are formed young, but Sutter has the ability to see himself for what he is, albeit with pessimistic abandon. The final scenes of Ponsoldt’s The Spectacular Now are devastating; the film defies the usual neatness and opts for an uncompromising emotional wallop. It’s a stirring, emotive triumph; an unmitigated crowdpleaser that goes straight for the heart. By the times the credits roll, there won’t be a dry eye in the house.