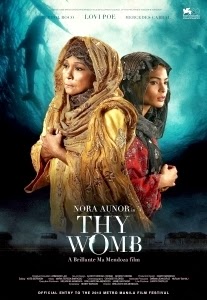 Filipino national treasure Brillante Mendoza has arguably directed one of the most poignant and intimate films screening at this year’s 57th London Film Festival. Thy Womb (2012) follows the story of a midwife, Shaleha (Nora Aunor), who cannot have children. The film follows her and her husband Bangas An (Bembol Rocco) on their search for a second wife to provide them with the family they crave. Set in the seaweed-producing island province of Tawi-Tawi, Thy Womb juxtaposes the great poverty of its inhabitants, many of whom live in shacks perching perilously on stilts above the sea, with the breathtakingly beautiful seascape. 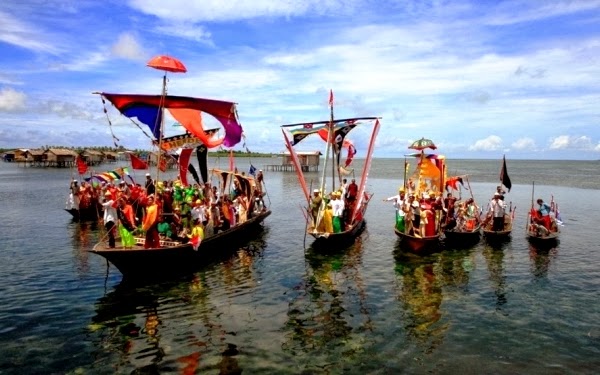 The poverty of the island dwellers is also countered by their immense capacity for generosity. Lavish wedding celebrations are organised, money is readily given or lent and hospitality is part of the culture. This is not to say that Mendoza paints an idyllic picture of these people. Pirates steal boats and belongings, whilst soldiers and gunfire are so ubiquitous as to be humdrum. When Shaleha is knocked down by a group of soldiers in the market, she doesn’t even think to mention it to her husband. Mendoza chooses not to dwell on the sociopolitical aspects of the Philippines. There’s no need for hyperbole when the poverty and potential for violence is so apparent. Instead, the focus is on the relationship between husband and wife.

Other than being childless, Shaleha and Bangas An seem to have the perfect marriage: love, respect, humour and mutual understanding. Yet this lack of a child is viewed as a lack of divine grace and they need a child to make their marriage whole. Thus begins the quest from island to island, down the Indonesian archipelago. Eventually, they find a suitable girl at a decent price and the couple are relieved and happy. But there’s a catch: the girl wants Shaleha out of the picture once the first child is born. Bangas An is left with a choice: the child he so desperately craves versus the woman he has created a life with. Thy Womb is a moving and visually captivating movie with two commanding yet understated central performances.