Russian Film Festival 2013: ‘The Geographer Drank His Globe Away’ 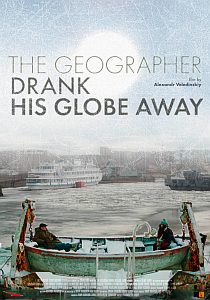 Winner of the Grand Prix prize at this year’s Kinotavr Film Festival, Aleksandr Veledinskiy’s The Geographer Drank His Globe Away (2013) stars Konstantin Khabenskiy (most familiar to UK audiences for his lead role in Timur Bekmambetov’s Night Watch) and is based on the eponymous novel by Alexander Ivanovo. A tragically comedic investigation into Russia’s ideological shift from the socialist-realist notion of ‘the great family’, it chronicles the endeavours of washed-up biologist Viktor Sluzhin (Khabenskiy), a drunken loser seemingly devoid of courage, fortitude and nobility – the antithesis of the anti-hero. 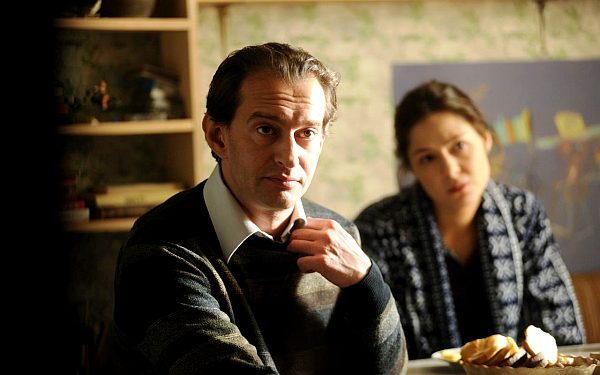 Despite all of this, Viktor remains a charismatic individual, primarily due to the moral goodness that resides behind his booze-drenched façade. Managing to sweet-talk his way into a job at a local school as a geography teacher, Viktor begins a slow deterioration, losing his wife to his best friend and ultimately finding himself lost in a sea of melancholy. Reaching an emotional nadir during a spontaneous school field trip, Viktor is given one final opportunity to take responsibility for his actions and prove he’s more than just the sum of his parts. The Geographer Drank His Globe Away is most watchable when contained within the close confines of the dilapidated Soviet-era high rises that pollute the picturesque Perm horizon.

Adding a dash of professionalism to a film that finds itself delicately perched between childish humour and absurdist satire, Khabenskiy turns the despicable Viktor into a curiously lovable rogue. Examinations of paternal paradigms have long been a staple of post-Soviet cinema, a clear reaction to the extinct kinship metaphors of soviet culture that were culturally re-engineered throughout realist narratives. Viktor represents not only a failed father but also an incapable teacher, advancing the issues of male castration caused by the emancipation of woman and collapse of social roles recently exemplified in The Return, Koktebel and Elena. His affable, hopeless persona succinctly reflects Russia’s failed attempts to reinstate the father figure into the collective conscious through the construction of Putin’s paternal political image.

Such a nationally-specific central theme does mean, however, that Veledinsky’s commendable film is unlikely to travel well, although those fascinated with the current Russian sociopolitical landscape will find plenty to sink their teeth into. The city of Perm, nestled in the shadow of the Ural Mountains, was once the beating heart of Russia’s industrial sector, with its rivers and canals now merely the veins recirculating this type of social despondency. At the beginning of The Geographer Drank His Globe Away, a sign situated on the waterfront proclaims “Happiness is not far away,” with the ‘not’ partly obscured by a transit van – an appropriate visual metaphor for this droll drama.