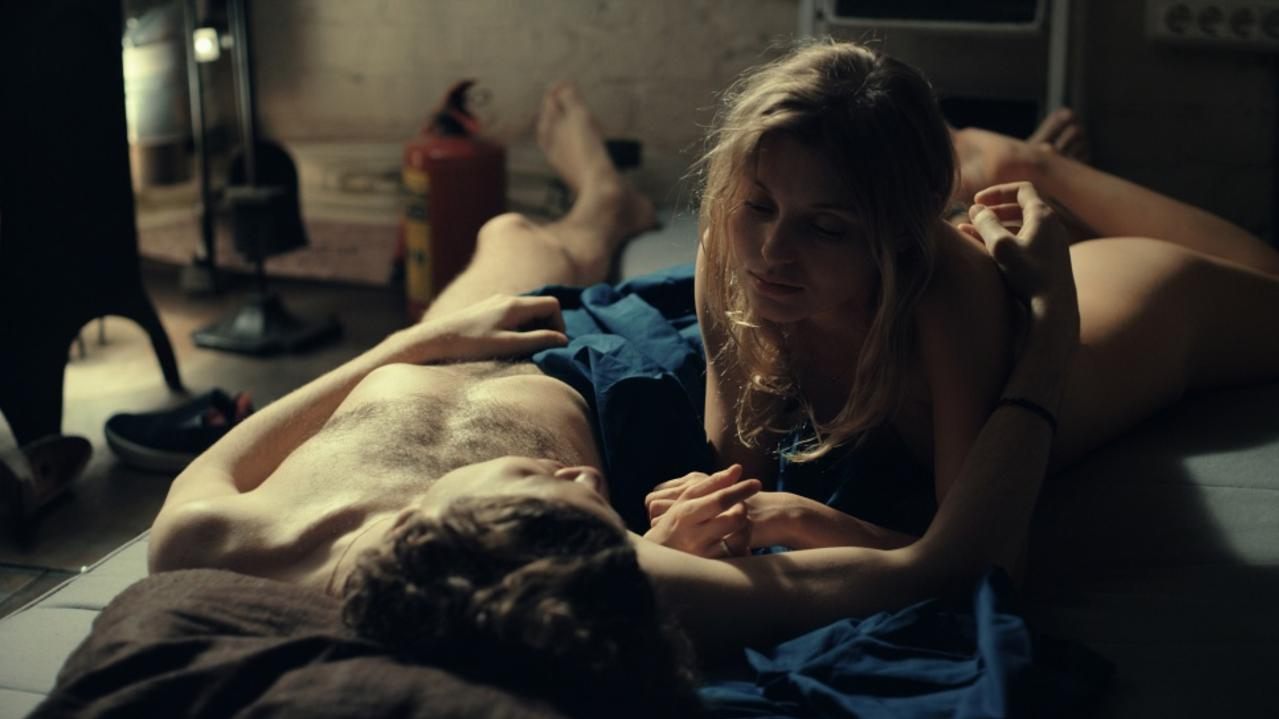 The debut feature from Natasha Merkulova, Intimate Parts (2013) is an acerbic and comedic exploration of attitudes towards sexuality amongst the intelligentsia of contemporary Russian society.

Attempting to debunk the media conceived misconception that Russians don’t have sex, Intimate Parts tackles taboo subjects such as homosexuality, infidelity, promiscuity and the emancipation of women in candid, yet surprisingly non-lascivious fashion. Focusing on a narrow selection of affluent Muscovites, Merkulova’s film commences with an opening shot of a coffin, its occupier a recently deceased artist.

The artist in question had made a name for himself photographing the genitals of random men and women, now he lies naked in a coffin surrounded by an ensemble of his friends and contemporaries. Each of these individuals is struggling to achieve their own form of sexual gratification, be it the censorship officer who spends her evenings switching between the speed settings of her vibrator or the humdrum couple who lust over the same man. This homogeneous sexual malaise connects them all; with each character experiencing their own unique hunger for the carnal liberation of a sexual crescendo. Whilst unafraid to broach its sensationalist topic in a frank, open manner, Intimate Parts is a surprisingly aloof watch.

Merkulova’s droll and aesthetically formal approach to her subject would feel incredibly clinical if it wasn’t for the way in which she peppers her narrative with some delightful moments of absurdity. Intimate, over-the-shoulder tracking shots and an icy grey palette evoke a sense of cultural melancholy, whilst the film’s formal symmetry and claustrophobic composition mirrors the rigid moral framework that has cultivated a generation raised on a diet of capitalism and traditional values who now struggle to attain corporeal fulfilment. Intimate Parts also fits in nicely with the recent surge of Russian films that examine the effects of female emancipation following the Bolshevik revolt of 1917 and the accompanying social castration of the Russian male ever since.

The rise of feminism in contemporary Russia, much like liberal views towards sexuality, has been met with great opposition. By presenting the audience with a compendium of men struggling to gain sexual gratification, Merkulova not only takes a caustic swipe at the conservative attitudes towards sex and censorship, but has also unearthed the fears of a predominantly white, middle-class, male regime over the rising publicity levied towards woman’s rights.

A conversation between two gentlemen about the difficulties involved in engaging in sex with a midget prompts one character to ask “Who’s not a pervert?” The disgust and revulsion displayed by his fellow comrade points to a country far from ready to embrace a more liberal approach to sexual politics, yet one that’s reluctantly preparing itself for the tides of change.

The 7th Russian Film Festival takes place from 7-17 November 2013. For more of our coverage, simply follow this link.