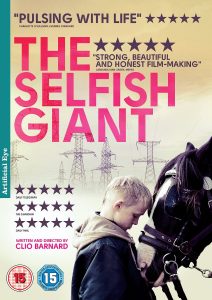 After making a distinguished filmmaking debut with the widely acclaimed The Arbor (2010) – a documentary hybrid portraying the late, Bradford-born playwright Andrea Dunbar, British director Clio Barnard returns with her sophomore feature The Selfish Giant (2013), a fictional work inspired by the Oscar Wilde tale of the same name. Encapsulating the themes and morality lessons of Wilde’s original text, Barnard repackages the children-oriented parable and gives it a gritty social realist edge in the mould of Ken Loach, focusing on two unruly boys on the precipices of a dangerously premature adulthood.

Conner Chapman and Shaun Thomas play Arbor and Swifty, two 13-year-old best friends navigating their way through one of Bradford’s many tough residential estates, rife with destitution and soundtracked by the distant hum of a string of electricity pylons standing overhead. Suffering from an ADHD that manifests itself through bouts of aggression, Arbor is a manic, passionate delinquent who refuses to cooperate be it at the school he despises or with the mother he loves but cannot help but disappoint. Swifty, by comparison, is more contemplative, an impressionable pre-teen whose many siblings and destructive father has sunk their family further into poverty. 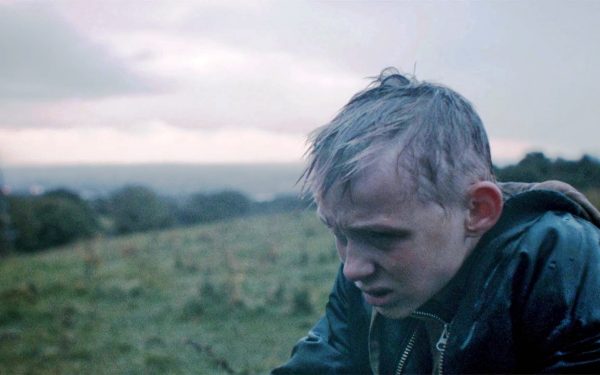 Following a violent altercation in which the two boys are excluded from school, Arbor and Swifty quickly set about pursuing their true calling: collecting unwanted or disused pieces of metal – from car doors to aluminium pans – to sell for scrap. They become the apprentice-cum-targets of a scrapyard owner known only as ‘Kitten’ (Sean Gilder) who profits from dodgy deals and sidelines in participating his prized possession – a horse named Diesel – in illegal drag races on local roads. Developing a knack for thievery, whilst also motivated by easy cash, the headstrong and entrepreneurial Arbor sets his sights on bigger targets that could not only end the friendship with Swifty, but also put both their lives in serious jeopardy.

Depicting an at times gruellingly authentic working class, Barnard here proves to be an expert in chronicling the alienation of a demonised youth being gradually failed by unsteady surroundings, forced to make their own way in a world where suffering in endless and innocence can be sold by the lucrative tonne. Like the most notable of Britain’s filmmakers who explore the connotations of the kitchen sink drama, Barnard, who comes from a more experimental, installation-based background, excels in her pursuit of reality and truth, delineating her deep understanding and researching of the Buttershaw estate – also the setting of The Arbor – in a way that feels effortless, natural and never patronising.

Combining the prowess of cinematographer Mike Eley with the outward simplicity of the film’s plot, The Selfish Giant marks a fine foray into linear narrative storytelling for Barnard, whose confidence in her superb cast of actors is particularly evident. Although the screenplay (also written by Barnard) teeters on predictability, betraying the originality elsewhere through its occasional expository dialogue, it feels almost like a purposeful tool for ensuring this contemporary fable builds towards the unhappy ending established in Wilde’s most elegiac of cautionary tales. This is an astonishing turn from a new voice in British cinema, one whose career will now make a considerably deserved incline.

Win a DVD copy of Clio Barnard’s The Selfish Giant with our latest competition. Follow this link to enter.