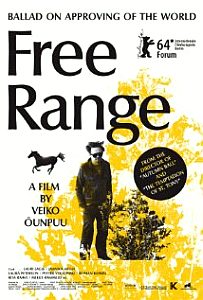 A vapid and conceited slacker comedy about the lack of cultural identity felt by a despondent generation of Estonians, Veiko Õunpuu’s Free Range (2013) inhabits the zeitgeist of his Baltic homeland via a sardonically lo-fi aesthetic of nostalgic hues and evocative music cues. However, this tale of longing and be-longing is far too burdened by its main protagonist’s nauseating sense of entitlement for an international audience to experience much in the way of empathy. Mid-twenties suffering is embodied within Fred (Lauri Lagle), a young writer struggling to cope with the debilitating melancholy he’s contracted. 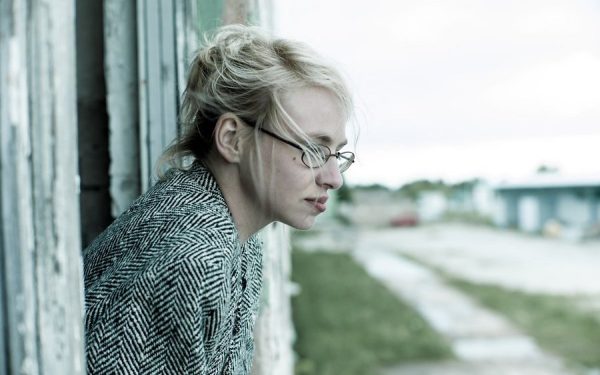 Fred has just been fired from his job as a film critic at a local newspaper for peppering every other word of his review of Terrence Malick’s The Tree of Life (2011) with the term ‘faggot’. At home, he also discovers that his girlfriend (also the daughter of his editor) is pregnant. This increasing belligerence towards the world and fear of the constrictive responsibilities of fatherhood drives our man into a series of debauched deeds. Fred drifts in and out of consciousness; at times ready to accept the meagre offerings of life, at others repulsed by the greed and consumption that orchestrates the rhythm of Estonian society. He writes a novel, yet is sickened at the thought of it being published and transformed into another commodity.

Free Range’s byline, Ballad on Approving of the World, originates from a poem by Bertolt Brecht about a fascist sympathiser, and succinctly conveys its purpose. Cultural observers of Post-Soviet nations have long held the belief that money has corrupted traditional values, and in turn eroded national identity – replacing the gloom and conformity of the Soviet era with the despondency inflicted by the unsustainable appetites of globalisation. Fred’s role as a contemporary stilyagi (or hipster) represents the contradiction of counter-culture movements within a capitalist society. Whilst the dissident rock that soundtracks Fred’s search for freedom and his subversive attire conveys his search for freedom, they remain commodities that require there own form of conformity – albeit one masked by the illusion of individuality.

Õunpuu’s fine use of 16mm film stock, autumnal lighting and a soundtrack that sounds like its being pumped directly into the auditorium from a vintage record player, constructs a breathtaking image of youthful expressionism. However, Fred’s social malaise is communicated far too grotesquely for the audience to engage with. A modern day libertine, drinking himself into an ignorant stupor, Õunpuu’s sour-faced, obnoxious protag is both narcissist and culture nihilist, with a touch of misogyny thrown in for good measure. He’s the type of character you wouldn’t wish to spend five minutes with – let alone 104. Fred’s monotonous journey ultimately relegates Free Range into a dull and insipid depiction of generational angst that misdirects our own dissatisfaction towards the screen instead of the powers that be.