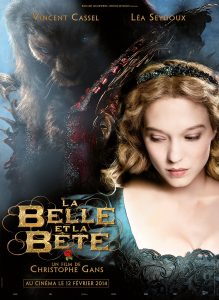 Christophe Gans invites you to be his guest for yet another adaptation of classic French fancy La Belle et la Bête (2014). Attempting to capture the enchantment of Gabrielle-Suzanne Barbot de Villeneuve’s fairytale, Gans’ overcooked adaptation stars Lea Seydoux, Vincent Cassel and a menagerie of furry critters. After losing his fleet, le Marchand (André Dussollier) is forced to move his family to the countryside. His youngest daughter, Belle (Seydoux), is delighted to be swapping the pomp of the big city for this rural idyll. Her sisters, on the other hand, are dreadfully superficial, only concerned with fine clothes and jewels. 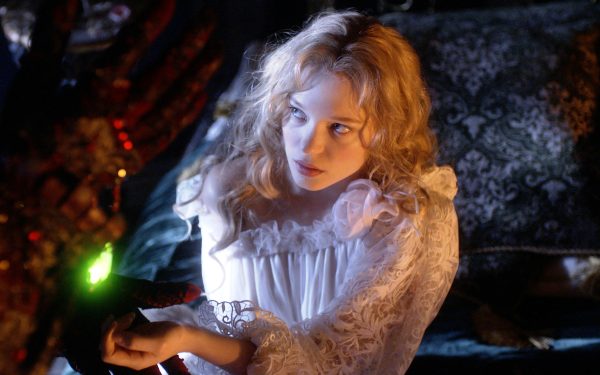 When Belle’s father hears the news that one of his ships has been found, he rushes into town promising to bring back a range of finery for his daughters – except Belle, who only wishes for a solitary rose. Sadly, he discovers the ship has been reclaimed to pay off his debts. Dejected, he sets off home, only to stumble across the magical realm of the Beast (Cassel). Inside, he discovers a trove of treasures, taking them with him to appease his greedy kin. He stops just short of the gate to grasp a rose for Belle. This act of petty larceny angers the Beast, and he sentence Belle’s father to death. Belle, blaming herself for her father’s mortal decree, offers her own life as a sacrifice, forcing herself to live forever with the Beast.

In the 1991 Disney film, knuckleheaded antagonist Gaston rips a book out of Belle’s hands and asks, “How can you read this? There are no pictures!” “Well, some people use their imagination”, she replies. Gans’ adaptation would struggle to win Belle’s affections, as it’s very much an asinine picture book. This CGI-laden reimagining begins with a familiar framing device – two children being read a story, the pages turning in front of our eyes and illustrations magically coming to life. Period details are tinged with a sense of dreamlike allure and promising a delicate and charming fantasy. However, once Belle finds herself locked away in the Beast’s castle we enter a world of artificial alchemy. There are exquisite moments to enjoy, butt these are merely the punctuation marks in a script riddled with superfluous spectacle and a flagrant disregard for narrative.

Nestled somewhere between the dark Gothic dreamscape of Jean Cocteau and the innocent charm of Disney, Gans’ La Belle et la Bête is too contrived for adults yet too convoluted for children. This may be a tale as old as time, but by relying on an inherent understanding of the fairytale to cultivate the motives of these underdeveloped characters makes the film feel exasperatingly disingenuous. A lack of attention to Belle and the Beast’s relationship means we’re ultimately left with Stockholm Syndrome as the the primary catalyst to their love – Seydoux struggling to add gravitas to an effects piece that contrives to make her merely the plaything of a fuzzy patriarch. Lacking the cinematic beauty of Cocteau’s visual masterpiece and the familial viability of Disney’s animation, Gans’ latest is an accursed mongrel of a film that’s best left to die alone.