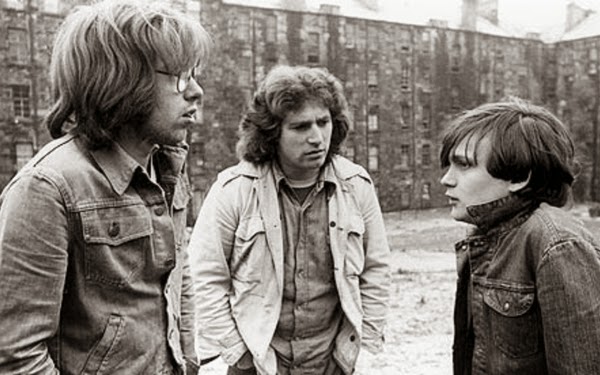 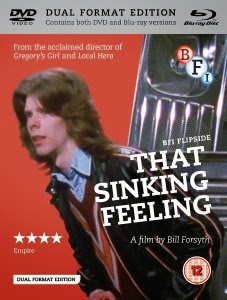 The debut feature from beloved Scottish writer and director Bill Forsyth (best known for such classic regional offerings as Gregory’s Girl and Local Hero), That Sinking Feeling may not have aged particularly well since its 1979 release, but it still has a rough-around-the edges, lo-fi charm that’s largely absent in contemporary indie cinema. In many ways it feels like an early precursor to the works of Shane Meadows, the main character here sharing the same name as the eponymous loser in Meadows’ Where’s the Money, Ronnie? Like that film, it also features an inept and desperate bunch of crooks, similarly portrayed by inexperienced actors delivering unpolished, endearing performances.

The Ronnie in Forsyth’s film (played by Robert Buchanan) is an aimless, cornflakes-obsessed Scottish youth in need of direction, as well as a way out of his miserable existence in a gloomy, perpetually rain-swept Glasgow (an amusing disclaimer at the start suggests any similarities to the city are purely coincidental). Hitting upon the cunning plan of stealing a load of stainless steel sinks from a warehouse before selling them on to the highest bidder, Ronnie’s comically-conceived robbery (Ocean’s Eleven it certainly isn’t) is met with overwhelming enthusiasm by his loyal band of close friends. However, despite the best efforts of all those involved, the boys have far more trouble than they imagined whilst trying to unload their hot property to willing customers; their grand scheme sinking like a stone.

Although set in that economically bleak era of early Thatcherism, and featuring a bunch of disenfranchised and unemployed teens, That Sinking Feeling is the antithesis of the kind of Alan Clarke school of gritty realism which emerged south of the border around that time. In fact, the broadly-pitched cartoonish hijinks Forsyth reaches for (a special ‘stop-motion’ potion is used to subdue a driver, while two members of the gang dress up as women so they can keep the factory’s security guard occupied) often recalls something akin to a big-screen counterpart to comic The Beano.

Despite that playful sense of anything goes, DIY filmmaking (the £5000 budget came from Forsyth’s modest plan of writing to various companies around Glasgow for backing), more often than not, That Sinking Feeling comes across as more of a fun curio than the scrappy classic some regard it as. Nevertheless, there’s still much to recommend here, from the strangely fitting jazz score (which swings from breezy to melancholic) to the raw and unaffected performances from the young cast, some of whom would crop in again in Forsyth’s superior follow-up, 1981’s Gregory’s Girl.