Film Review: ‘After the Night’ 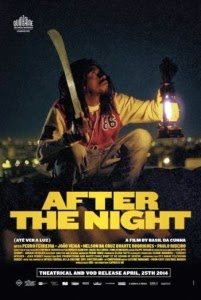 Selected as part of the Directors’ Fortnight strand at last year’s Cannes Film Festival, Basil da Cunha’s feature debut After the Night (2013) paints an initially intriguing picture of nocturnal life in Lisbon’s crime-ridden suburbs, but ultimately fails to match its style with the substance needed to genuinely grip. Our guide through the halflight is the dreadlocked Sombra (Pedro Ferreira), a destitute ex-con on the run after a local crime lord decides to collects his debts in full. With only a pet bearded dragon (da Cunha here recalling Werner Herzog’s similar fascination with reptiles in 2009’s Bad Lieutenant) and a rusty machete as allies, Sombra leads us across the rooftops as he attempts to avoid the gun-toting gang. 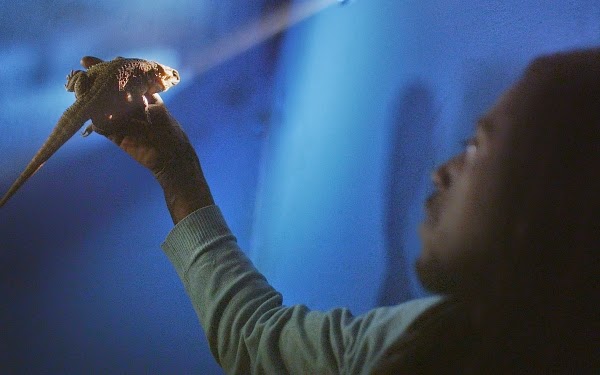 Offering an enticing sense of locale – yet disappointingly little besides – da Cunha’s After the Night demonstrates a comparable interest with those living on the fringes of Portuguese society as Mathieu Kassovitz’s La Haine (1995) did with the vibrant inhabitants of the Parisian banlieues. However, whilst Kassovitz sought to illustrate both the highs and the lows of life within the immigrant under-classes, da Cunha’s sole concern lies with the dark rather than the light. This is perfectly epitomised by his protagonist, Sombra: a largely unlikable wretch prone to acts of aggression and violence in a world drowning in gangster bravado. Sombra’s pursuers are, of course, the real antagonists of the piece, but it’s difficult to sympathise with Ferreira’s dishevelled anti-hero and his predicament aside from the obvious.

Admirable for its utilisation of real locations as well as some of the real-life inhabitants of Lisbon’s Reboleira slum, After the Night is an otherwise unremarkable cat-and-mouse thriller with scant sociopolitical engagement (the director himself has previously dismissed such approaches as “one dimensional” and “condescending”). Alongside the likes of Greece, Italy and Spain, Portugal has arguably been the European country hit hardest by the global economic downturn, in turn offering da Cunha the opportunity to really get to the heart of the national detritus via the capital’s impoverished Creole community. Unfortunately, this is perhaps a project too far for such a relatively inexperienced filmmaker, and what we’re left with is a visually distinctive, yet narratively inept pseudo-docudrama that captures rather than questions.