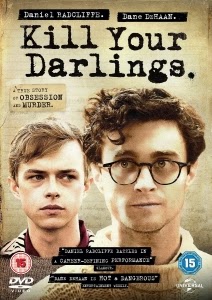 Kill Your Darlings (2013), director John Krokidas’ ambitious debut feature, is about the early years of the hedonistic group of American writers who became known as the Beat Generation, as well as the violent murder that nearly derailed their literary movement in its infancy. It’s autumn 1943 and the Second World War is raging, but the battlefields of Europe seem a million miles away from Columbia University where freshman Allen Ginsberg (Harry Potter’s Daniel Radcliffe) meets sophomore Lucien Carr (Dane DeHaan) for the first time. Ginsberg is immediately drawn to Carr’s subversive energy and his love of such unorthodox writers as Henry Miller and Arthur Rimbaud. 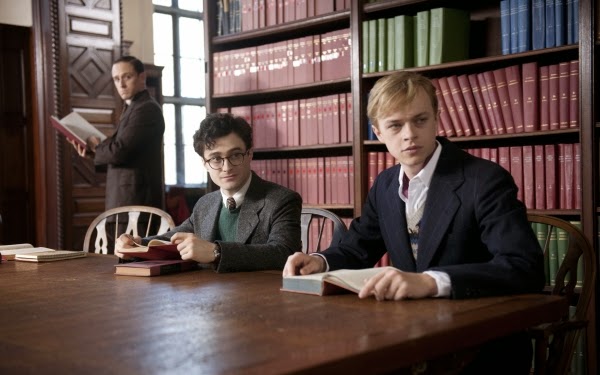 Carr, recognising a likely partner in crime, draws the naïve Ginsberg under his wing and introduces him to his older friends from St Louis – William Burroughs (Ben Foster) and David Kammerer (Michael C. Hall) – as well as the best drinking dens and jazz bars in New York. After Ginsberg discovers Kammerer has an unhealthy sexual obsession with Carr, the two begin to compete for his affections. Carr needs Kammerer to write his essays for him and so tolerates his jealous tantrums. However, he refuses to be tied down to either and is quick to shift allegiances as and when it suits him. Carr’s easy, debonair charm also attracts new friends, like Jack Kerouac (Boardwalk Empire star Jack Huston) and his partner Edie Parker (Elizabeth Olsen, next to be seen in Gareth Edwards’ Godzilla reboot).

Kill Your Darlings is at its most engaging when Krokidas slows down the frenetic pace and focuses on specific incidents. Burroughs, Carr, Ginsberg and Kerouac form a rebellious band, the Libertine Circle, dedicated to challenging the literary establishment, pushing against conventions, and dabbling in different drugs. One of the best moments in the film is when they break into the university library at night and fill the glass display cabinets with subversive, erotic and banned literature. It’s a rite of passage for Ginsberg, in terms of sex, drugs and writing, while Carr undergoes a more sinister life-transforming experience that also proves his salvation.

Kill Your Darlings is entertaining enough, but Krokidas’ attempts to recreate the unruliness of their lives feels rushed and it’s sometimes hard to process all the visual clues and signifiers he gives us. The occasional incoherence of the narrative is redeemed by the acting. Despite looking disconcertingly youthful, Radcliffe and DeHaan both convey a smouldering intensity on screen and Hall is suitably menacing as Carr’s stalker, but Foster, Huston and Olsen’s characters are less developed and disappointingly under-used. Like the Beatniks’ early work, Kill Your Darlings is memorable, often eloquent, but ultimately flawed.