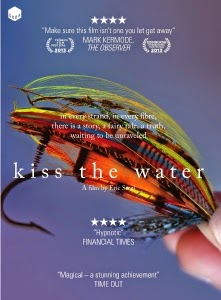 “There’s no one as foolish as a fisherman,” declares one of Kiss the Water’s (2013) contributors, though it could be said that any individual attempting to create an intriguing documentary based on the life of deceased salmon fly fabricator Megan Boyd is as equally imprudent. However, Eric Steel’s elegantly sketched film, released on DVD by Soda Pictures this week, is almost as faint and intricate as the flies we witness being meticulously constructed throughout the film. Burrowed away within an isolated cottage on the North West coast of Scotland, Boyd spent her days delicately entwining feathers, floss and silk to create miniature works of art. 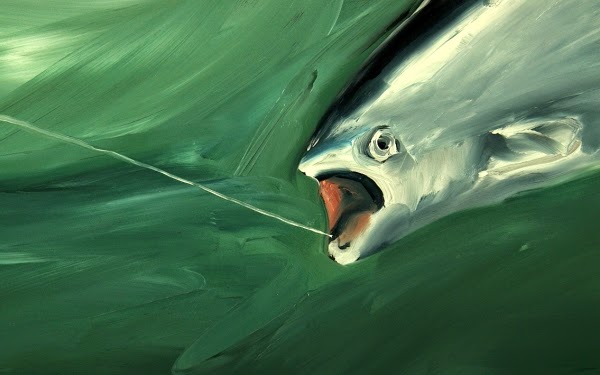 Fishermen would once go out of their way to find her, convinced that these beautifully clad hooks possessed some sort of mythical energy that would attract salmon from far and wide. Yet Megan herself always held the firm belief that the fly is for the fishermen – not for the fish – and it’s with this belief that Steel has fashioned his eccentric examination about both the art of fishing and the mysteries of the salmon’s extraordinary migration routes. That a salmon would even take a fly remains a mystery to both scientists and fishermen. Since they never eat in fresh water and only return to these Scottish rivers to spawn, there must be something alluring about these flies for the fish to be drawn to them in the first place.

However, Steel’s film isn’t about marine biology or, in fact, even about Boyd. Kiss the Water is ultimately an incomplete portrait about a reclusive artist. Steel opens the film with a brief prologue clarifying how he heard about Boyd and what drew him to her story, explaining that there are only two type of fishing stories, the ones about the fish you caught and the other about the one that got away. Steel favours the story that can only be imagined rather than the one immortalised through time – finding himself swept away in the enthusiasm of the countless fishermen he encounters. The film’s humorous elegies about Boyd (including one ‘friend’ describing her as a “man in a skirt”) and vivid landscapes add a satisfying bucolic quality to Kiss the Water, yet Steel’s fascination with Boyd’s secret acquaintance with Prince Charles devalues this allure.

There’s a nagging sense that the film could have spent less time fawning over royal acquaintances and more on the importance of sustainable fishing and the depletion of salmon numbers – something easily introduced due to the Boyd’s own distaste for her flies being used to kill salmon. Adding to the wistful ambiance of this idiosyncratic documentary is a series of sinuous animated segments by Em Cooper. Mirroring the vibrant colours and painstaking handicraft of Boyd’s creations, Cooper’s work adds a tangible warmth and compassion to an otherwise inconsequential film, allowing Kiss the Water to transcend its quirky subject and become a poetically illustrated portrait about the art of fishing and a celebration of an artist’s modest commitment to her art.