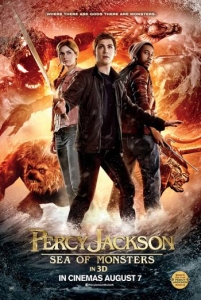 The suitably named Thor Freudenthal helms Percy Jackson: Sea of Monsters (2013), the sequel to the semi-popular 2010 fantasy adventure Percy Jackson and the Lightning Thief. Last time around, Percy (Logan Lerman) discovered himself to be the son of Greek sea deity Poseidon, and consequently a half-god with the ability to control water. Learning his trade at demigod school Camp Half-Blood, Jackson embarked on a quest that would see him prevent Mount Olympus from destruction. Although based upon the books of the same name by Rick Riordan, the film did feel all too much like a sub-par Harry Potter copycat.

Since his heroics in the first film, Jackson’s status amongst his fellow demigods has dwindled. A new hero has emerged in Camp Half-Blood in the shape of daughter of Ares, Clarisse (Leven Rambin). However, when the magical barrier that protects the school is poisoned, Jackson and his friends must take it upon themselves to retrieve a mythical healing garment, the legendary Golden Fleece, and restore the barrier to its former strength. They aren’t the only ones on the lookout for the magical Fleece, however. 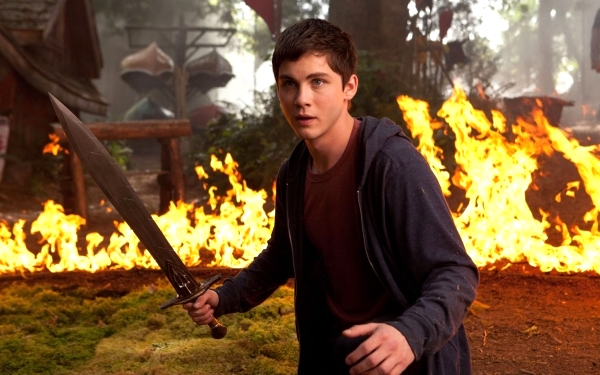 Firstly, there are certainly a few things going in Sea of Monsters’ favour. Many of the young actors here are genuinely likeable. Lerman has proved himself to be a perfectly capable performer in more serious films such as The Perks of Being a Wallflower (2012) and 3:10 to Yuma (2007), and he does little to dispel that myth here. Brandon T. Jackson, who plays satyr Grover, is always a pleasure when he’s on-screen and has some enjoyable comedy segments. Rambin is also convincing as the conspiring anti-heroine Clarisse. Refreshingly, the film pays also homage to the fantasy classics that have preceded it, especially those of the late, great Ray Harryhausen (the original 80s Clash of the Titans, Jason and the Argonauts).

Unfortunately, there are obvious flaws strewn throughout. The film’s plot is incredibly convoluted – adults, let alone children, may well struggle to follow the exact ins and outs. Apart from the opening half hour, where actual snippets of narrative development take place, Sea of Monsters happily descends into a rhythm of set piece after set piece. Most of these are competent, but the conveyor belt execution quickly becomes tiresome. The most notable loss from the first film, however, is its cast of adult A-listers. Steve Coogan, Pierce Brosnan, Uma Thurman and more made appearances, but the sequel only sadly spares time for Anthony Head, Stanley Tucci and Firefly’s Nathan Fillion.

It’s certainly a noble decision by Freudenthal to let his younger actors take centre stage, but they simply aren’t given enough to do in face of the CGI onslaught. When they are called upon to provide some emotional heft, it’s either through poorly-handled dramatic twists or ill-conceived takes on morality. Younger audiences may still find themselves entertained by Sea of Monsters, but by slowing down the pace and having some faith in its actors, it could have been so much more.