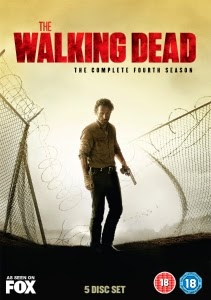 The collective disaffection expressed by the geek contingent when it was revealed that Frank Darabont was exiting as showrunner on The Walking Dead during the show’s second season proved ultimately redundant. The show has only grown in reputation and quality since his departure and now the fourth season makes its blistering debut on DVD and Blu-ray. There’s enough viscera and splatter to sate the appetite of the most committed gorehounds (some the zombie mayhem makes George A. Romero’s oeuvre look like a mild aperitif by comparison) but we’re also offered a hugely compelling and meaty contemplative drama which charts the human condition when gripped by a siege mentality. 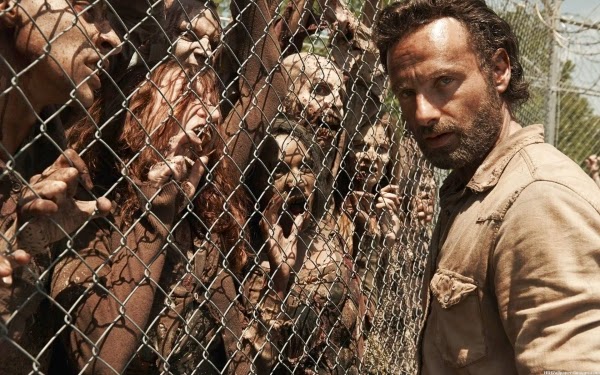 While Season 3 opened things up by showing us the fortified town of Woodbury run by the tyrannical Governor (British actor David Morrissey), an unmistakable episodic feeling began creeping in as the two warring factions staged their numerous rescue missions/attacks on each camp. This time around there seems to have been a conscious decision to move away from the formulaic. The elongated story arc offers the impressive that you’ve just sat through three separate seasons as the final episode unfolds, but rather than the occasion lull you’d expect from a sixteen-parter, it remains enormously riveting throughout. Having reached a equilibrium of sorts within the confines of their prison home, leader Rick Grimes (fellow Brit Andrew Lincoln) and his group of survivors find themselves living a fairly peaceful existence.

Their safe haven is short-lived however when a highly contagious and deadly flu-like virus erupts within the prison walls. Soon, colleagues and family are dropping like flies, only to be reanimated with a hunger for human flesh. With a race against time to find medical treatment from the outside, an old unwelcome face shows up to heap further strife. After a powerful and unrelenting first half, the challenges faced by the displaced prison population plays out like a pulpier version of The Road, with marauding gangs of survivors presenting as equally a dangerous prospect as the undead for those seeking sanctuary. The latter half is where The Walking Dead: Season 4 really transcends its genre trappings by delivering some truly sterling work, both via the writing and through the kind of committed performances rarely seen in a product of this kind. It’s an ensemble fully deserving of the same praise lavished on the likes of The Sopranos and Mad Men. While the embattled gang find little closure as this season draws to a close, it’s down to the mammoth efforts by all those involved that the series still ends in a hugely satisfying manner, paving the way for an overwhelming sense of anticipation for what lies ahead.

You could win a DVD copy of The Walking Dead: Season 4 with our latest competition. Just follow this link to enter.