DVD Review: ‘In a Bedroom’ 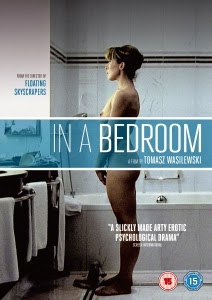 “Show, don’t tell” goes the old screenwriting adage. In the case of some avant-garde cinema, however, certain filmmakers don’t even attempt to show, leaving the audience to deduce their own meaning from the images and words on-screen before them. This is certainly the case with Floating Skyscrapers director Tomasz Wasilewski’s brief and esoteric In a Bedroom (2012). Its elusive style and considerable air of detachment mean that it elicits little emotional response from viewers; though this may well belie a deeper significance that is accessible only to some, swathes of the audience will be left feeling as disengaged and cold as its protagonist, the middle-aged Edyta (Katarzyna Herman), seems. 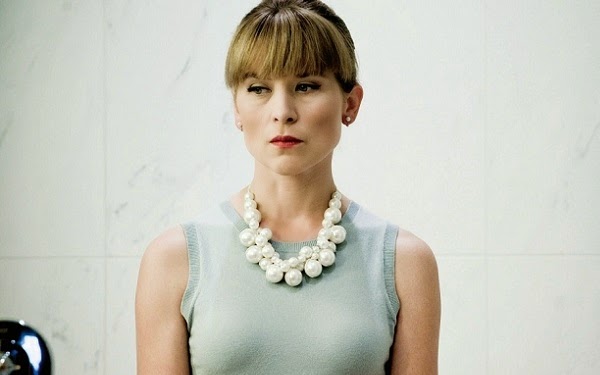 Edyta’s days are spent touring Warsaw in her car, and finding nourishment surreptitiously from supermarket shelves. In the evenings, she meets up with men via online dating and goes back to their place; once there, she drugs them and enjoys their unsuspecting hospitality, disappearing before they awaken. Whilst this is naturally seems rather unfulfilling, it seems to be working well for her until her drugs fail to work on Patryk (Tomek Tyndyk). She scarpers, but their paths cross again days later and a tentative relationship ensues. Taking place under artificial strip lighting and presented in only the coldest of hues, the opening scenes of Wasilewski’s In a Bedroom seems to denote Edyta’s nomadic wanderings as a detachment from life. She cares not for the men that she sees and yet seeks comfort in their unconscious forms.

What feels as though it could have been an affecting study of the disconnectedness of modern Poland, or perhaps the coming together of two remote individuals, is sadly hamstrung by its abstract nature. Wasilewski provides such little insight into his characters or the world that they inhabit that it is difficult to determine what is happening, why it’s happening, or why anyone should care. It’s fine to challenge the audience to discover the underlying implications for themselves, but one must first imply them. Wasilewski’s In a Bedroom is painfully short on character motivation, and so its creation of atmosphere alone is not enough to see it through. Fans of minimalist cinema may find it of general interest, but ultimately it will live or die by what each viewer brings to the experience as there is precious little beneath its characters blank faces.

This In a Bedroom review was originally published on 12 March 2013 as part of our Kinoteka Polish Film Festival coverage.