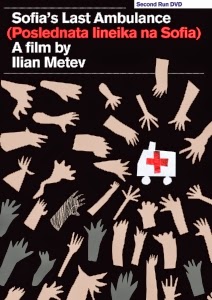 The state of crisis in an Eastern European healthcare system provides the meat of Ilian Metev’s 2012 documentary Sofia’s Last Ambulance. In some ways comparable to Cristi Puiu’s acclaimed Romanian fictional film The Death of Mr. Lazarescu (2005), we follow a trio of ambulance personnel as they navigate the overwhelming task of caring for the populace of the Bulgarian capital. At the time of filming, there were only thirteen ambulances expected to service almost two million people, requiring an inhuman level of devotion and patience from the beleaguered paramedics. Metev’s fly-on-the-dashboard film is both political comment and utterly human portrait of their ongoing travails. 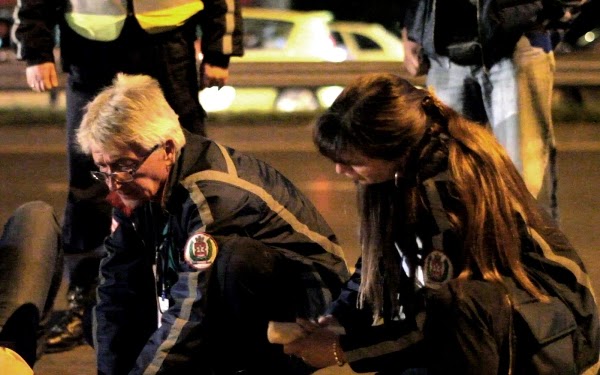 Shot in an intimate verité style, three of the purported five cameras used throughout Sofia’s Last Ambulance remain trained on the ambulance-bound troika of weathered protagonists. Even the sole roving camera that escorts doctor Krassi Yordanov and medic Mila Mikhailova, outside the confines of their vehicle, or peers into the back on occasion, focuses on the mundane interludes rather than any high drama – patients are kept off screen almost entirely. Driver Plamen Slavkov is the third member of this exhausted troupe navigating his charges through streets laden with inconsiderate taxi drivers and camera-shaking potholes. Eschewing any sense of chronology, this is a series of moments that provide glimpses of insight into these people and the structures that they struggle to inhabit professionally.

One particularly gruesome scene involves the crew arriving at a home to find a woman long since dead. Mila – less taciturn than her colleagues – provides the heart of this bumpy journey, as empathetic as she struggles to restrain a drunk patient as when she comforts a small child who’s had a painful accident. “I have to make some cash,” she asserts at one stage and it makes for a pointed reminder of the scandalously low wages that such medical practitioners take home at the end of their draining Sofia shifts, and how much their efforts to make a difference go unacknowledged. Largely, the narrow focus and absence of exposition mean that the indictment of the Bulgarian system comes only in offhand comments and interpreting the pervasive air of weariness that seems to encapsulate the state of mind of these under-staffed and under-paid physicians. Whilst this means that it never quite satisfies as a damning expose, Metev’s Sofia’s Last Ambulance does provide a thoughtful and memorable snapshot of camaraderie and commitment.