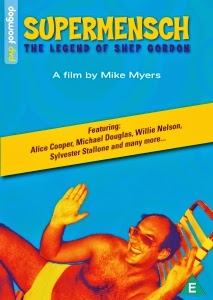 In a town hardly renowned for its nurturing instincts and loyalty, Shep Gordon would appear to be something of an anomaly. The veteran talent manager – a job title which is as interchangeable as they come – has amassed a horde of A-list friends and clients over his decades and its one of those figures, Austin Powers creator Mike Myers, who has decided to make his directorial debut with this hugely entertaining and deeply affectionate portrait. Gordon’s life has the kind of narrative which could almost be ripped directly from the pages of a fictitious Hollywood screenplay. From his humble beginnings to his P.T. Barnum-like ability to drum up publicity for his acts, there’s enough material for a whole series on Gordon. 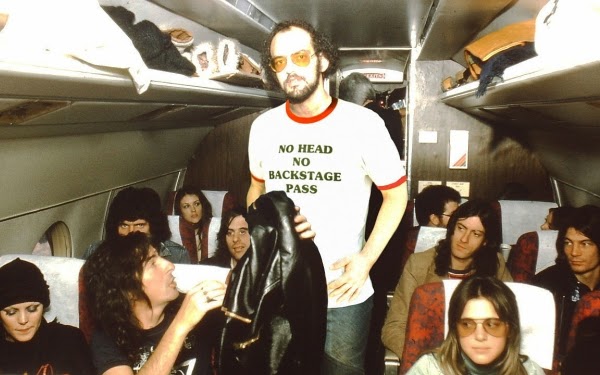 Myers and his Supermensch editors make a concession to this by incorporating a huge amount of well-placed stock footage and fun mini re-enactments to shape Gordon’s early, formative years. Backed by an illustrious array of taking heads (including hysterical and refreshingly candid contributions from a game Michael Douglas), Gordon himself offers a warm, humorous and hugely good-natured amble through his personal and professional life. He reels off some truly fantastic anecdotes (a hilarious joint cat custody deal with Cary Grant is a highlight) and explains how one of his real-life death-defying exploits actually found its way into the fictionalised world of Almost Famous (2000). Arguably Gordon’s most enduring friendship is with theatrical glam rocker Alice Cooper, having managed the star for 43 years.

The most tellingly poignant moment in Supermensch is seeing grainy concert footage featuring the stunt decapitation of the singer which immediately cuts to the now 66-year-old Cooper in golfing duds, kicking back with his old buddy and looking as far removed from that old lifestyle as humanly possible. Myers’ doc is an unmistakably reverential and glowing tribute but there’s never the creeping feeling of a hagiography forming because the subject matter appears to be genuinely honest, having managed to circumvent the kind of industry artifice he spent so many years immersed in – largely achieved, no doubt , by the Buddhist ideology he adopted early in his career. The word mensch translates into “a person of integrity and honour”, and as the end credits roll (complete with the appropriately ironic use of Cooper’s hit No More Mr. Nice Guy) it’s easy to believe you’ve spend ninety minutes in the company of such a figure.

Dogwoof’s Supermensch is released on DVD from this week. For info, visit supermenschthemovie.com.