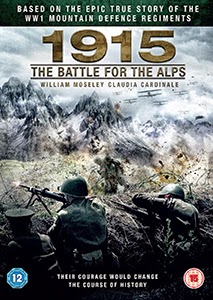 Ernst Grossner’s war drama, 1915: The Battle for the Alps (released as The Silent Mountain in 2014), is set in the Dolomite Mountains during World War One. A classy European cast includes William Moseley, of The Chronicles of Narnia fame. The dramatic backdrop is the fight between Austro-Hungary and Italy for control over territory stretching from Trentino through the South Tyrol to Trieste. Interweaving the political and personal, Grossner uses the wider focus of war as a stark contrast to the fortunes of two families who live on the border and intermarry. Andreas (Moseley) and his sister Elisabeth (Emily Cox), the offspring of an affluent Austrian hotelier, both fall for local Italians. 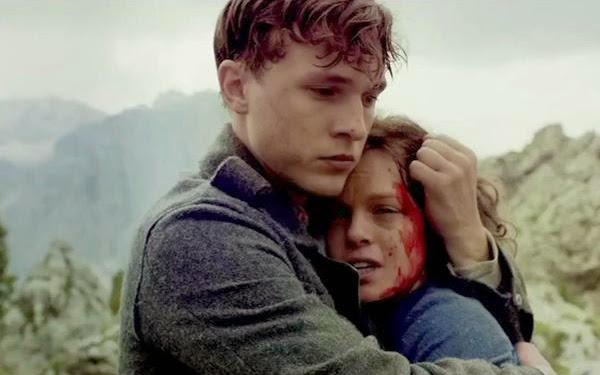 During Elisabeth’s wedding to Angelo (Giulio Cristini), a talented engineer, Italy declares war on Austria-Hungary. In the resultant melee, as everyone flees the wedding party, Angelo’s sister, Francesca (Eugenia Costantini), becomes separated from her parents. Andreas decides to shelter her in his family’s vast hotel and they quickly fall in love. Soon after, Andreas enlists in the army, but when his family discover Francesca’s hide-out, they continue to protect her by pretending she is an Hungarian maid. For a large part of The Battle for the Alps, Grossner concentrates on the Alpine warfare and the various strategies of the opposing armies. This begins to pall after a while and the poor sound dubbing is distracting whilst diluting the film’s impact. Tension only begins to mount again with Angelo’s story.

He is increasingly disillusioned by the actions of his commanding officer (Corrado Invernizzi) who sends men to their death while playing opera music at high volume. Angelo is saved from a similar fate when he is enlisted to help plan and build a tunnel through the mountains. Realising the likely devastation and unnecessary loss of life, Angelo, at considerable risk to himself, decides to warn the enemy ranks which includes his in-laws. There he is reunited with Andreas. Both men are desperate to return to the village where their loved ones await. But betrayal and tragedy are not far behind. Daniela Knapp’s mountain cinematography is stunning and there are some good performances. Ultimately, though, there is not enough in Clemens Aufderklamm’s script to sustain interest. The women’s roles are poorly developed and The Battle for the Alps‘ melodramatic ending lacks credibility.