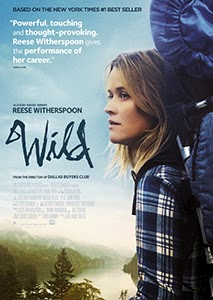 After the Oscar success of last year’s Dallas Buyers Club (2013), where both Matthew McConaughey and Jared Leto walked away with awards, Jean-Marc Vallée returns with Wild (2014), an adaptation of Cheryl Strayed’s account of her treacherous, life-affirming hike along the Pacific Crest Trail. Despite a career best performance by Reese Witherspoon, Vallée’s has again defined himself as an ‘actors director’, with his latest a hideously contrived self-help travelogue for the narcissistic and wilfully ignorant. Opening on a scenic vista, complete with rolling hills and lush Pacific greenery, we hear the murmurs of moaning and groaning stemming from off screen. 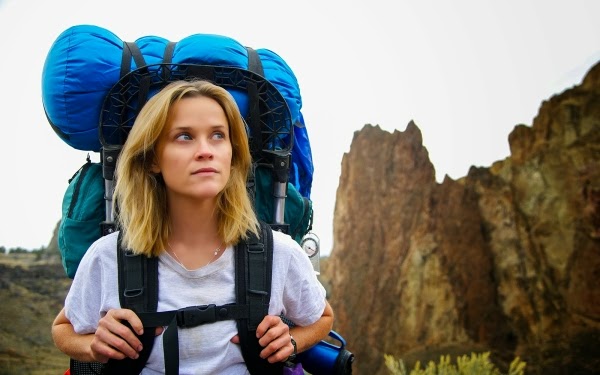 What initially sounds like the moans of a woman in mid-coitus soon transpires to be Cheryl (Witherspoon) in a state of duress as she removes a detached toenail and, in the process, looses her hiking boots down the side of a mountain. With the assistance of numerous flashbacks and dream sequences, we learn that the death of Cheryl’s mother (Laura Dern) and her subsequent destructive decline into hard drugs and promiscuity, has led to her recent divorce and decision to walk the gruelling 1,100-mile passage of the Pacific Crest Trail. Cheryl declares “I’m gonna walk myself back to the woman my mother thought I was.” and despite undertaking this prodigious hike unaccompanied, Cheryl encounters inspiring individuals – as well as a few unsavoury types – who help her on this journey of self-discovery.

As previously alluded, Vallée elicits a raw and unflinching performance from Witherspoon. It’s an award-winning blend of grit and determination that will win the its numerous plaudits. Equally, Wild acts as a picturesque celebration of the natural beauty of America’s striking West-Coast scenery. Sadly, there are few opportunities to appreciate this exquisite scenery, with the navel-gazing and egotistic cogitations of this repulsively individualistic excursion painting its own ugly portrait of contemporary western values. Wild initially touches on issues of female persecution and how the promiscuity and transgressions of women are often paraded like a mark of shame (Cheryl has a tattoo to mark her divorce that acts as a constant reminder of her numerous infidelities). At the same time, the numerous threats of sexual violence our heroine encounters reflects how the same rules of humiliation and ostracism rarely apply to men.

Cheryl even spends her nights alone reading the poems contained within renowned feminist Adrienne Rich’s The Dream of a Common Language. Sadly, this pertinent theme of gender inequality soon dissolves into an insufferable spiritual counselling session for those who believe self-discovery is the only cure for the ills of society. A self-congratulatory montage of hideously calculated set pieces and manipulative flashbacks, Wild’s script hands out platitudes like servers at a wedding. There’s no subtly, or curiously any peril in this bland and unbearably introspective expedition. Unfortunately, it’s the obnoxiously inward looking approach of Vallée’s latest that ultimately bequeaths the audience with a smug and morally precarious film that confuses enlightenment with entitlement.

This review was originally published on 13 October 2014 as part of our coverage of the BFI London Film Festival.