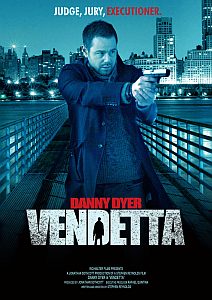 After catching the eye as lovable caner and Star Wars conspiracy theorist Moff in 1999’s Human Traffic, Danny Dyer’s subsequent filmography has largely been a case of diminishing returns. Recent years have seen him working almost exclusively within the realms of DTV, endlessly regurgitating his crudely-drawn geezer persona which now feels a good decade past its sell-by date. Stephen Reynolds’ Vendetta (2013) gloriously fails to buck the trend, registering as an all-time career low for the actor. In the same year which brought us the widely derided Run for Your Wife, that’s quite a feat. 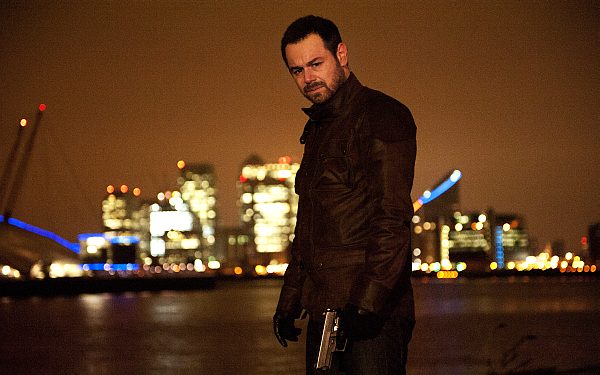 Dyer cuts an haunted, unshaven figure as Jimmy Vickers, a squaddie AWOL from his unit stationed in Afghanistan. He’s now back on home turf to avenge the unlawful killing of his parents, following his dad’s intervention in a robbery which has left one of the perpetrators dead. Vickers wastes no time in his mission to despatch the guilty gang and as the police begin to close in, his payback threatens to destroy those surviving friends and supporters around him. Had Vendetta remained the compact and grubby little revenge tale hinted at in the opening few minutes, it might have offered a modicum of guilty pleasure. Instead, Reynolds and co’s attempts at broadening their film’s narrow scope ultimately prove disastrous.

Pulling in a whole slew of redundant secondary characters and crafting a needlessly convoluted plotline, any remaining life is forcibly squeezed out of Vendetta before it even gets going. The aloof, sexist detective hot on the trail of Vickers wouldn’t look out of place in Charlie Brooker’s recent procedural spoof A Touch of Cloth, and the introduction of the lead character’s colonel midway through (with the implication that an advanced British intelligence agency have a stake in Vickers and his actions) further tips things into unintentional parody. It’s a film entirely devoid of originality. Those overly-familiar striking shots of the London skyline repeatedly crop up, though they bear little relation to either the film or the world of its characters.

Reynolds’ boorish script piles on every lazy revenge cliché (Vickers coolly offers one of his victims a potted history of cement whilst shovelling a wet mixture of it down his throat) and there’s moments of sloppy misogyny which look objectionable even for an offering of this nature. Vendetta’s coda hilariously hints at the vigilante escapades of the lead character reaching an almost transatlantic level, whilst the end credit which boldly announces “Jimmy Vickers will return” – as if he’s achieved icon status and an allure not dissimilar to Bond – is the final insult to any audience members unlucky enough to unwittingly stumble across this film.